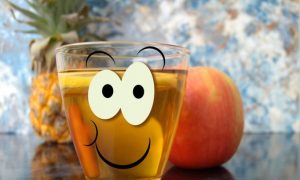 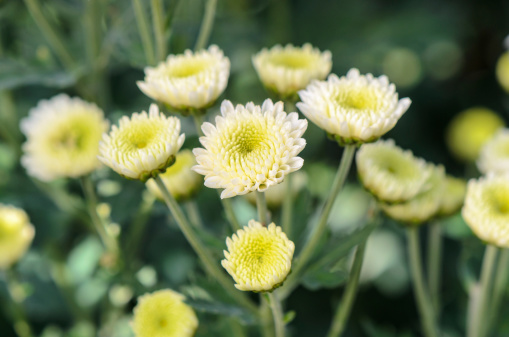 The warm weather is here, and this is the ideal time to detoxify and revitalize your body by sipping a cup of soothing chrysanthemum tea.

This floral tea has a pleasant flavor, leaves a clean taste on the palate, and helps to support the liver, eliminate toxins, and brighten the eyes.

Although chrysanthemum flowers have been cultivated in China since around 1500 B.C., the flower was first introduced and popularized as a tea during the Song Dynasty (A.D. 960–1279). Today, out of the nearly 40 species of chrysanthemums, two types—the Chrysanthemum morifolium and Chrysanthemum indicum— are used for tea.

Chrysanthemums were revered as the one of the four noblest plants by the educated elites in ancient China and highly valued for their medicinal properties.

The earliest record of the curative benefits of chrysanthemum flowers comes from one of the oldest Chinese herb books, the “Shen Nong Ben Cao Jing,” or “Divine Farmer’s Materia Medica,” in English, compiled during in the Eastern Han Dynasty (A.D. 25–220). This ancient herbal classic describes chrysanthemums as a top herb for rejuvenation and prolonging life.

According to the “Shen Nong,” when chrysanthemum tea is consumed over a long period of time, it helps qi (energy) and blood flow and slows aging, which makes it a favorite tea for many Taoists. Chrysanthemum tea is used in Chinese medicine to help treat a variety of ailments, such as eye conditions, dizziness, inflammation, rheumatism, and illnesses aggravated by wind, dampness, and blockage arising from poor circulation.

During the Ming Dynasty (A.D. 1368–1644), one of the greatest Chinese herbalists, Li Shizhen, also documented the healing benefits of chrysanthemum flowers in his “Bencao Gangmu” or “Compendium of Herbs.” Li said that chrysanthemum is a nontoxic herb that can eliminate heat and toxins from the body, remove liver fire, and improve eyesight.

The health benefits of the chrysanthemum tea are many.

Chrysanthemum tea is caffeine-free and helps calm and soothe the nerves. The tea also helps to regulate cholesterol levels and blood pressure. In addition, it has a cooling effect and can be used to help treat heatstroke, and it aids digestion when taken with food, especially greasy and deep-fried foods.

Chrysanthemums contain:
• Beta-carotene, which converts to Vitamin A, helping to improve the immune system and relieve skin problems.
• High levels of potassium and calcium, and other minerals, such as iron, magnesium, and phosphorus.
• Vitamin B, such as choline, folic acid, niacin, and riboflavin.
• Vitamin C, which helps to relieve sinus congestion, cold and flu symptoms.

Chrysanthemum tea has antiviral and antibacterial properties and can help to inhibit bacterial infection, such as that of staphylococcus, E. coli, streptococcus, C. diphtheriae, and B. dysenteriae.

The tea also has a detoxifying effect; it purifies the blood and improves blood flow. It detoxifies the liver and helps to improve vision and hearing. It also helps to strengthen the lungs and ease shortness of breath.

Lastly, chrysanthemum tea has zero calories when consumed without sugar or honey. Hence, it is a good beverage for calorie-conscious individuals.

How to Brew Chrysanthemum Tea

There are several ways to brew tea with chrysanthemum flowers. Some people add the dried blossoms to green or black tea, and you can buy pre-mixed teas, such as Ba Bao Cha (Eight Treasures Tea), which contain dried chrysanthemum blossoms.

You can also easily make plain chrysanthemum flower tea with the dried blossoms that are available from Asian grocery shops or Chinese herbal stores. I usually buy chrysanthemum buds that are just a little bigger than a chickpea and when steeped will open into tiny flowers about one inch in diameter.

Many Asian grocery stores also sell pre-made chrysanthemum tea in packets or cans but these often contain a lot of sugar, which for many reasons is best to avoid. From the Chinese medicine perspective, sugar is very yin (cold), and because chrysanthemum tea is already a relatively cooling yin drink, adding sugar can make it overly cooling.

By contrast, if you have an overly yang or warm condition, or you live in the tropics, chrysanthemum tea is a great way to cool down.

On cooler days, I add a tiny pinch of sea salt, which is yang and warming, to balance its cooling effects.

Ingredients and Utensils:
6–8 dried chrysanthemum blossoms or buds per person
Hot water
Teacup with a cover

Preparation:
• Place the dried chrysanthemum flowers in the cup.
• Add some hot water to rinse the flowers.
• Swirl the water around and then pour the liquid away. You can skip this step, but I usually do it to get rid of surface dirt on the flowers.
• Add more hot water and cover the cup with the lid.
• Let the tea steep for five minutes.
• Drink while it is hot.

The above preparation is for one person. I prefer to use a clear glass teacup as it is pleasing to gaze at the flowers while I drink the tea.

You can reuse the buds several times by simply adding more hot water to the flowers after you finish the first infusion of the tea.

The tea is clear and yellowish in color and exudes a floral aroma. You can enjoy it hot or cold on warm summer days. And with its numerous healing benefits, the chrysanthemum flower tea might just be the perfect substitute for regular tea or coffee.

Note: These natural food remedies are for maintaining your health and wellness. They are not meant to replace any medical treatment. If you have a diagnosed condition, or are in doubt, you should always seek medical advice.

Many flowers and plants have special significance in Chinese culture. Chrysanthemums, jühua in Chinese, symbolize integrity. They are often put together with plum blossoms (mei), orchids (lan), and bamboo (zhu), to symbolize nobility, poetic temperament, moral strength, and integrity.

Since ancient times, Chinese scholars have sung the praises of chrysanthemums. They were a popular theme in poetry, calligraphy, paintings, and other artworks depicted on lacquer boxes and porcelain pieces. The chrysanthemums are also known as the autumn flower. They are able to endure extremely cold weather and bloom in late autumn and early winter, when all the other flowers have wilted and died.

Tao Yuanming (A.D. 365–427) was the most eminent Chinese poet during the period of China’s Six Dynasties between the Han and Tang dynasties. A Taoist, he drew some of his inspiration from the chrysanthemums that grew near his home and once wrote: “I pluck chrysanthemums under the eastern hedge, and gaze afar towards the southern mountains.”

The famous Tang Dynasty poet, Yuan Zhen, once wrote a poem alluding to the strength of chrysanthemum flowers.

Autumn clusters surround my house just like Tao Yuanming’s.
I walk full circle round the fence as the sun slowly tilts.
It’s not that I love chrysanthemums more than other flowers,
But that no others will blossom after these blooms wither.

It was said that Confucius once suggested using chrysanthemum flowers as an object for meditation.

The ancient Chinese revered chrysanthemums for their ability to grow in just about any place; the plants thrive on mountain slopes, roadsides, farms, and in the gardens of commoners and scholars alike. As such, it is often likened to an educated, wise person who cares not for fame and gain nor conforms to officialdom, but who appreciates the peaceful and simple life of a commoner.

Dr. Margaret Trey has a doctorate in counseling from The University of South Australia. Trained in oriental medicine, shiatsu, and macrobiotics, Dr. Trey is a wellness advocate, counselor, and researcher focusing on the positive effects of meditation.