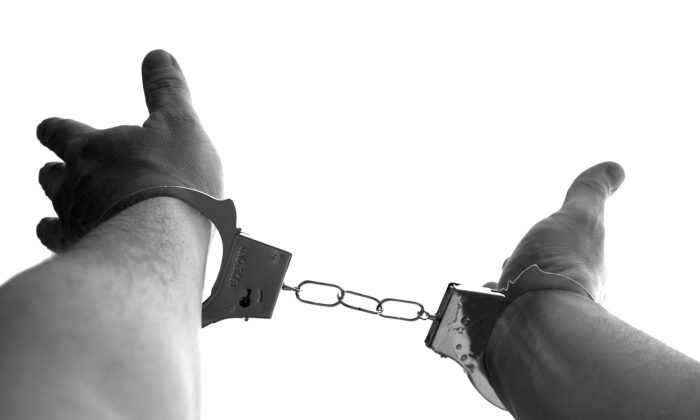 This is an open letter to District Court judges in Harris County, Texas. But honestly, it could apply to any number of judges across the country.

Citizens from all walks of life are begging you to close the revolving door at the courthouse! In your zeal to embrace the idea of doing away with cash bail, you judges are granting bond to too many dangerous criminals. Some are charged with murder and have extensive violent backgrounds, yet you let them walk free on bail while awaiting trial. What are you thinking? You put the public at serious risk, especially the witnesses who prosecutors convinced to testify against these criminals.

Are you Houston judges aware that your local Crime Stoppers calculates that, over the last couple of years, 97 citizens have been murdered or killed by repeat offenders you allowed to roam free? Do you care that one man facing five felony charges got to post bail and then promptly strangled his ex-girlfriend to death? Eleven others killed by bonded-out suspects died in domestic abuse situations, including three unborn children. Yet another victim was a veteran Houston police sergeant. The oldest fatality was an 80-year-old woman who was stabbed to death.

Judge, the state law does not demand that you offer these repeat offenders a way around pretrial detention, so why do you do it? If you think you are somehow protecting the minority community against “systemic racism,” think again. Most of the citizens murdered by your released suspects were black or Hispanic.

Houston’s police chief, Art Acevedo, recently said: “Our justice system is fast becoming a laughingstock. The criminals look at our officers and say, ‘I’ll be out in a matter of hours.’”

Well, I bet citizens of Houston aren’t laughing, Your Honor. I also bet these bonded-out criminal suspects don’t leave the courthouse and go into your neighborhood. No, they go back to neighborhoods you probably warn your children not to drive through.

Here’s another quote from Acevedo. This one is about the recent 44 percent increase in Harris County’s murder rate.

“A big part is activist judges and activist district attorneys who don’t understand that criminal justice has to be fair, timely and certain. And it has to come from a place of what’s best for the victim.” Amen to that.

Yes, there is a nationwide “progressive” push for bail reform these days. Activists believe criminal suspects (especially minorities) have been treated unfairly, left to languish in pretrial lockup simply because they can’t afford bail. I can sympathize, especially since COVID-19 made jails and prisons so dangerous. And I understand that your court has been closed for the better part of a year. But let’s be honest: Your docket was backlogged long before the pandemic hit, and there’s no excuse to compromise public safety while everything gets sorted out.

Bail reform makes sense if it is applied to newcomer misdemeanor defendants or nonviolent suspects. But it is sheer stupidity to bond out chronic career criminals who make a living victimizing innocent citizens. You recognize them, Judge. They come through your courtroom every day.

This no-bail pandemic has wreaked havoc in several states, from California, New Jersey and Vermont to Alaska and Georgia. And innocents, like Houston’s 97 dead, pay the price.

In New York, all hell broke loose after lawmakers gave in to the zero-bail fever. The resulting flood of career criminals being automatically released after arrest got so bad the legislature had to go back and reform its bail reform law. Illinois’ governor didn’t get the message. He just signed a bill eliminating all cash bail by 2023.

We have a habit of overcorrecting problems in this country, allowing the pendulum to swing way too far to one side or the other. I think you will agree, Judge, that giving in to outside pressure and releasing perps you know are violent is no way to run a justice system.

You judges need to get a backbone and stand up for what’s right. Take back your power; demand more court funding if you need it; and act in ways that keep the public safe.

Citizens are listening for your voice to be added to this national debate. They are watching you—and your reelection efforts—very closely.