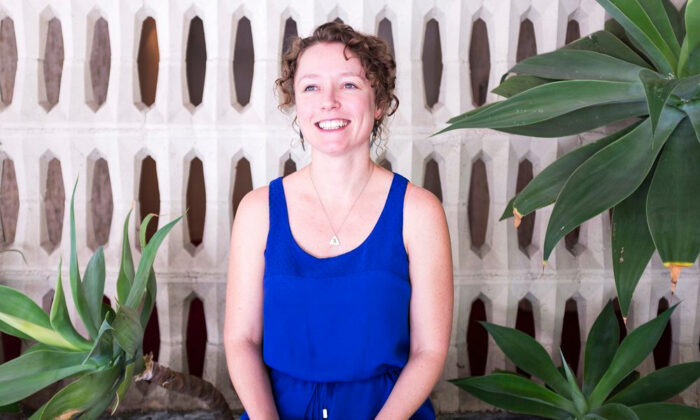 For Keri Smith, deprogramming from what she calls the cult of “wokism” didn’t happen overnight.

But the behavior of her former friends within the social-justice world during the 2016 presidential election, with their support of violence, censorship, and gaslighting, certainly sped up the process, setting off a parade of red flags.

Social-justice warriors (SJW) were advocating for acts of aggression against supporters of former President Donald Trump, contradicting what she said she understood the essential nature of liberalism to be.

“It was the first indication that I might not really understand what was going on in the world,” Smith told The Epoch Times.

Today, Smith fosters conversations with guests on her YouTube channel, “Deprogrammed with Keri Smith,” to examine and unpack the SJW belief system and its permeation into all spheres of power and influence, including pop culture.

Approaching the topic from all angles, Smith interviews a range of people, including comedians, artists, academic scholars, and authors, as well as others like her who have abandoned their wokeist ideologies.

Smith said she first encountered social-justice theories in the late ’90s when she was a biological anthropology and anatomy major, with a minor in women’s studies, at Duke University in Durham, North Carolina, when most people hadn’t heard of critical race theory.

She also worked with Amnesty International, the international nongovernmental human rights organization, which held a seminar on “dismantling racism,” she said.

“These have become very common nowadays,” she said. “We learn the new concepts they push, like ‘racism and sexism are prejudice plus power.’ Looking back on it now, I realize what was happening was that this was a belief system that I was getting pulled into.

“But at the time, it didn’t seem like a belief system; it seemed like progressivism. I thought I was learning how the world works and learning how to end oppression.”

But slowly, like a cult, words and definitions are changed, she said.

New phrases are created, such as “white privilege,” “toxic masculinity,” and “white fragility,” she said.

Like many of her peers, she left college bringing with her the ideology that had framed her worldview.

“It gave me a lens through which to see the whole world,” she said.

She called it a mutated form of Marxism that took “wealth” and replaced it with “power,” and switched out the “oppressor” and the “oppressed” with the current identity groups.

Instead of distributing wealth to equalize society, the new, mutated Marxism calls for a redistribution of power among the identity groups, she said.

“Then everything will be utopia,” she said.

‘Making the World a Better Place Through Laughter’

Smith went into the entertainment industry, managing comedians in Los Angeles, and eventually established her own company with a co-manager in music.

“Most of the comedians I worked with were woke,” she said. “They had the same belief system as me, and they talked about social justice in their comedy. I really thought, ‘We’re making the world a better place through laughter.’”

Smith produced a show called “Totally Biased” with W. Kamau Bell on FX that aired from 2012 to 2013.

“I think that was possibly one of the first overtly woke late-night comedy shows,” she said. “Of course, now almost all of them are overtly woke.”

Behind the scenes, the woke often butted heads with people on the traditional left, such as Chris Rock, who was an executive producer on the show.

“There was a lot of conflict between the old guard and the new guard,” she said. “Writers would debate in the writer’s room whether a joke was punching up or punching down.”

Someone had pitched a joke about former New Jersey Gov. Chris Christie and his weight, she said, but it was ultimately decided that they couldn’t use it because it was fat-shaming.

On Leaving the Cult

Her career in entertainment managing comedians carried on into the 2016 presidential election, when Smith said she began to see inconsistencies in the narrative.

“It wasn’t a fast process,” she said. “It was just as slow as it was getting into a cult. That’s how slow it is getting out of a cult.”

She found herself going down a rabbit hole on YouTube watching videos of Trump supporters being attacked by people on the left.

“There was one video where this mob surrounded this woman, a Trump supporter, and threw eggs at her,” she said. “There was another where they were chasing these guys down the street and throwing bricks at them. They bloodied this guy’s head. This was jarring to me.”

It was during this time that Micah Johnson shot and killed five police officers and injured nine others in Dallas, after a protest organized by Next Generation Action Network in response to the killing of two black men in Louisiana and Minnesota.

Media reports were quick to say Johnson was angry about black men getting shot by police.

“And people in my social-justice echo chamber were celebrating this, making tongue-in-cheek remarks like, ‘Well, some old white men are going to have to die,’” she said. “That was a shock to my system.”

Still, when Trump won, Smith admitted she was one of the people crying that night.

“Then I started to try to figure out why I didn’t see it coming,” she said. “What happened? Why did he win?”

Her initial investigation began with trying to figure out how to keep him from winning again.

For the first time, she said she started listening to people on the right, interacting with their content, and watching different comedians and political commentators.

“In doing that, I started to get pushback from my cult,” she said.

This came in the form of being shut down with arguments such as, “Trump won because of racism and sexism, period,” she said.

When she explored the matter further, she was told her “white privilege was coming through, and [she needed] to sit down and shut up,” she said.

“I started to see all of these think pieces from my social justice echo chamber saying that all Trump supporters are Nazis and that we should not feel empathy toward them,” she said. “It was all very jarring and it made me start investigating what it was I really believed.”

It was at about this time that she said she encountered Jordan Peterson, a clinical psychologist, best-selling author, and public speaker who’s known for his lectures on personal responsibility and self-empowerment through self-searching.

Read More
Jordan Peterson: Collectivism Is Tyranny Under the Guise of Benevolence

“There is a lot of gaslighting that happens when you start leaving a cult, in which you’re wondering, ‘Am I the only person seeing this? Is something wrong with me?’” she said. “He helped me to understand that I wasn’t crazy. He helped me put the pieces together to give words to what it was seeing in my social-justice world.”

Smith wrote him a letter, and to her surprise, he read the letter on his show, while not naming Smith as the author, she said.

She was still worried she would be identified, she said, because she was still representing social-justice comedians at the time.

The Great Unfriending and Ideological Intervention

She wrote an essay titled “On Leaving the SJW Cult and Finding Myself,” which she publicly shared, leading to what she called The Great Unfriending.

“I was getting attacked online by people I thought were my friends,” she said. “There was this one feminist critic who did this whole tweet thread about her formerly feminist friend turning into an alt-right, red pill troll.”

She said one friend even attempted an ideological intervention, which failed, she said.

From there, she began “Deprogrammed with Keri Smith,” on which she interviewed her most recent guest, comedian Alex Stein, who’s infamous for signing up for public comment in local city council meetings, where he then takes on the character of a concerned citizen who begins by making reasonably normal statements before escalating into awkward personal confessions and belligerent rants “to make the politicians nervous.”

“It’s amazing how culturally dominant social-justice ideologies have become in the last few years,” she said.

Smith said even those in the knitting world have been affected.

As documented in a series of articles by Kathrine Jebsen Moore, Smith said, the ideology has infiltrated the Instagram knitting community, where a knitter in Seattle named Karen Templer had posted a blog about her excitement about a trip to India.

Templer was attacked by a mob of people who said she was an imperialist and a racist who was using colonialist language, Smith said.

Initially, her followers defended her, Smith said, but after the social-justice knitters (SJK) increased their attacks, everyone turned on her.

“She offered the demanded apology, but it wasn’t good enough because it never is for social-justice warriors,” she said.

It only got worse, Smith said.

Those who took a stand against the SJK got attacked themselves, accused of protecting white fragility and privilege, and banned from knitting festivals.

One gay, HIV-positive knitter, Nathan Taylor, author of “Guys Knit,” posted a poem asking for kindness, Smith said, which caused the SJK to turn on him.

“He was physically confronted at one knitting convention,” she said. “Like me, he was in the social-justice world, but then he was seen as a heretic. The SJW hate those the most.”

This knitting saga made its way to the late-night platform for social-justice battle cries, “The Late Show with Stephen Colbert,” Smith said.

On his show, Colbert did a segment on the social media site for knitters, Ravelry, which had banned Trump-supporting knitters like Deplorable Knitter, who made MAGA hats, Smith said.

Smith began interviewing canceled knitters who “survived the woke mob,” she said, and garnered a following from the knitting community.

How woke ideologies can infect even the most seemingly harmless hobby community of knitting is a testament to how pervasive the self-righteous trance can be, Smith said.

However, there’s a solution, she said.

“It’s on an individual level,” she said. “I think what’s driving this is individuals who are not living consciously enough to understand what they’re a part of.”

The social-justice world operates on resentment and fear, Smith said.

The SJW themselves are fueled by programmed anger, while those in their sphere are afraid to speak out against them, she said.

But eventually one must realize there’s more to be afraid of if one doesn’t speak up, she said.

“If people don’t speak up in the early stages of an authoritarian belief system, an evil belief system—and I do call it evil—there’s going to come a time when you’re not allowed to speak at all,” she said.

Smith gets messages from people who left the social-justice world thanking her for her show because it helped them feel empowered, which she said is what Peterson did for her.

She said Peterson taught her that on the individual level, one must overcome one’s fear and not be afraid to carry that message.

“You don’t have to have a podcast or shout it from a soapbox,” she said. “Just don’t be afraid in your daily life to say what you really think. Then maybe one day you’ll get a message from someone saying, ‘Thank you, I feel comfortable saying this now knowing I’m not alone.’”