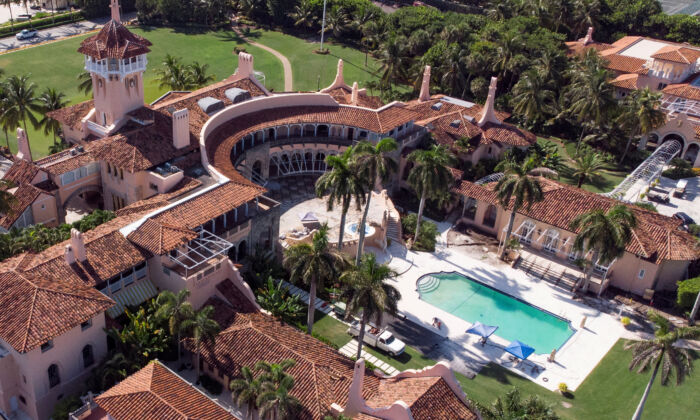 U.S. Department of Justice (DOJ) lawyers are seeking another delay in allowing lawyers for Donald Trump to peruse documents that were seized in August from the former president’s Florida estate.

The DOJ was supposed to provide electronic copies of the documents to Trump’s attorneys and U.S. District Judge Raymond Dearie, the special master in the case, no later than Sept. 26. But the government sought and received a delay of four days for the production.

DOJ lawyers said that the delay was warranted because of issues contracting a vendor to scan and store the materials.

Those issues haven’t been resolved, DOJ lawyers said in a new filing entered late on Sept. 27.

None of the five vendors proposed by the government “were willing to be engaged by Plaintiff,” the lawyers said, citing attorneys for Trump.

To try to avoid further delay, the government is moving to contract directly with a vendor, instead of having Trump’s team do so.

“Based on its prior experience and discussions today with the vendors, the government is highly confident at least one vendor will respond” and agree to perform the work, according to the DOJ.

But because vendors still need to respond to the government’s work request, the government says it doesn’t know when the vendor will have the materials ready for Trump’s lawyers.

“In selecting the vendor, the government will place great weight on coming closest to meeting the deadline in the Amended Case Management Plan, which is this Friday, September 30, 2022,” the lawyers said.

“Based on its prior experience and discussions today with the vendors, and the small volume of documents, the government believes that the selected vendor will be able to make a rolling production beginning as early as this Friday, September 30, 2022, and will be able to complete production no later than the following Friday, October 7, 2022. The government will seek to have the vendor complete scanning all of the Seized Materials as early next week as possible.”

The government wants Dearie, a Reagan appointee, to move the deadline to Oct. 7 from Sept. 30.

The proposal was shared with Trump’s lawyers, who largely agreed with delaying the deadline, according to the DOJ. Trump’s team hasn’t yet entered a new filing on the matter, and Dearie hasn’t yet responded to the request.