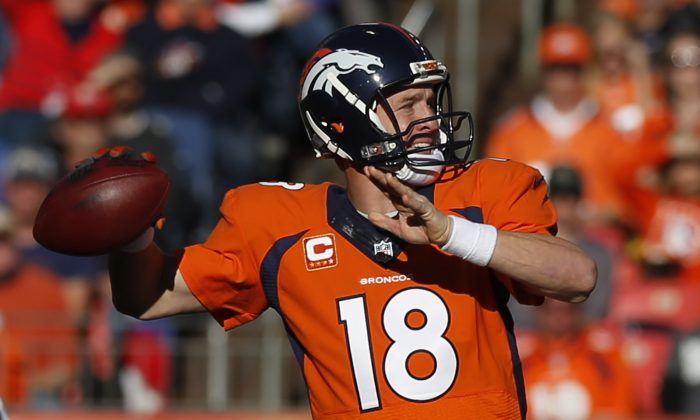 The Denver Broncos play the San Diego Chargers on Sunday at 4:05 p.m. ET. Here’s some of the latest updates:

Ball out for year

Montee Ball has been placed on season-ending injured reserve, meaning he’s gone for the rest of the season and playoffs.

The Broncos made the announcement on Saturday, per NBC Sports.

Danny Trevathan has been activated from injured reserve/designated to return status, which prompted the team to put Ball on IR.

Ball, who suffered a groin injury, was slated to become Denver’s full-time starter but couldn’t do much.

The Broncos have now relied mostly on CJ Anderson and Ronnie Hillman.

There’s been speculation that something has been off about Peyton Manning’s last couple of performances, namely when he didn’t throw a touchdown against the Bills last week.

But he said that he feels fine.

“I’m always trying to play better,” Manning told ESPN. “We always watch the film of the games pretty critically with my coaches, trying to improve, whether we won the game or lost the game, trying to see how I can do my job better in whatever phase that is. I feel good physically, (but) certainly I’m always looking to play better.”

In his past two games, he’s only thrown for 179 yards and 173 yards, respectively.

The Broncos signed cornerback Chris Harris Jr. to a five-year extension worth $42.5 million.

“We’ve been talking for over a month, kind of since the New England game,” Harris told ESPN.

“I’m just ecstatic to have it done, really focus on straight football right now. But what a year, my wife and I having a baby, this, coming back from my surgery, I’m glad [the contract] is something that’s done now.”

Chris Harris Jr., plain and simple, does absolutely everything well when it comes to the cornerback position; he covers well in man and zone coverage, tackles well, plays the run well, and has the signature instincts that are so important for the position. The fourth-year college free agent, who played his college ball at Kansas, has been lights out for the Broncos in 2014 (and the past two seasons for that matter), yet he still remains under the radar to most of the league, and a large majority of the media.