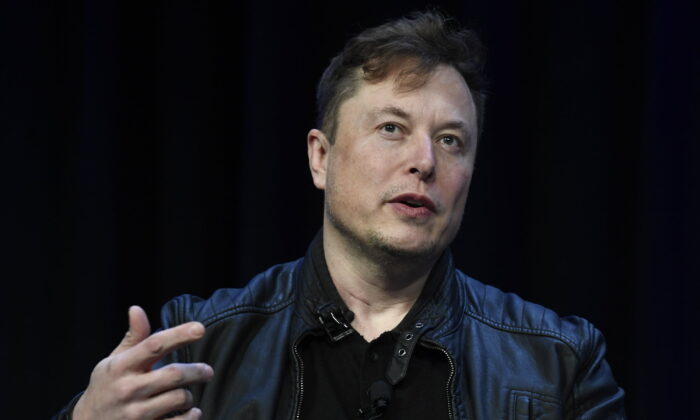 Democrats ‘Would Rather Tesla Was Dead Than Be Alive and Non-Unionized’: Elon Musk

Elon Musk, in a recently released video, has again called out the Biden administration over its alleged bias against his flagship company Tesla because it is non-unionized.

“The current Democratic Party does not support Tesla because it is not unionized,” Musk said during a lengthy late May interview, part of which was released on June 15. “The pressure on this will increase over time,” he added.

“The more Tesla is successful, the more Tesla is an existential threat to the UAW [United Auto Workers]. And so the more pressure they’ll put on the people that they got elected to do harm to Tesla,” Musk said while sitting down with the Tesla Owners of Silicon Valley club at the Gigafactory Texas.

“They would rather Tesla was dead than be alive and non-unionized.”

His remarks allude to long-running tensions between labor organizers and Tesla, which has resisted unionization throughout its history. Unlike the so-called Big Three American automakers—General Motors, Ford, and Stellantis—which are represented by one of Biden’s oldest political allies, UAW, Tesla’s workforce is currently not unionized, and the company is the only American automobile manufacturer without a union.

Musk had repeatedly complained about Biden’s repeated snubs of his company’s leadership within the electric vehicle (EV) industry—at least until this February when Biden publicly namedropped Tesla for the first time in his presidency.

In the recent interview, the Tesla CEO again criticized a White House summit on electric vehicles last August in which automakers other than Tesla were invited. This was when Biden signed an executive order aimed at making half of all new vehicles sold in 2030 electric.

“In case that wasn’t enough, then you have President Biden with Mary Barra at a subsequent event, congratulating Mary for having led the EV revolution,” Musk said, referring to Biden’s remarks to General Motors (GM) CEO Mary Barra last November, crediting GM for having “electrified the automobile industry.”

During the talk, club president John poked fun at Biden’s favoring of GM given the automaker’s 26 EV deliveries in fourth quarter of 2021.

“I believe it was in the same quarter that GM delivered 26 electric vehicles and Tesla delivered 300,000,” Musk added.

Democrats in the House of Representatives have proposed to give union-made, U.S.–built electric vehicles an additional $4,500 tax incentive, setting up a clash between Tesla and Toyota Motor Corp. on one side and the UAW-affiliated automakers in Detroit on the other. The proposal would boost the maximum tax credit for these electric vehicles to $12,500 from the current $7,500.

Last month, progressive Democrat Rep. Alexandria Ocasio-Cortez (N.Y.) also claimed she wants to give up her Tesla model and go for a union-made electric vehicle instead.