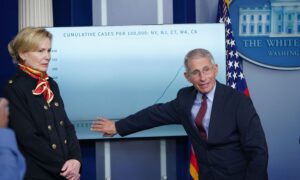 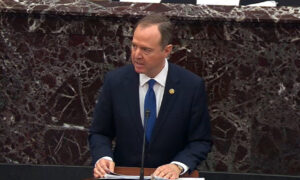 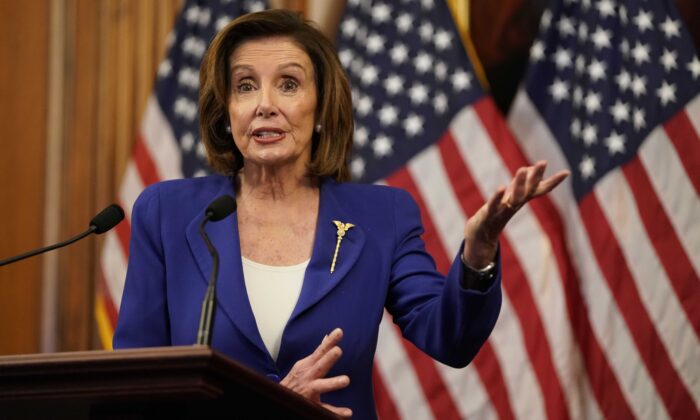 Democrats Would Rather Blame Trump Than China for the Pandemic

I have written before that we’re in the midst of two pandemics, the medical pandemic caused by the CCP virus and a political pandemic largely instigated by the Democratic Party and its myriad media allies.

The medical pandemic may (hopefully) be easing, but the political pandemic appears to be going into overdrive. The Democrats and the media are now more interested in blaming Trump, rather than the Chinese communists, for COVID-19.

This is particularly dangerous since the Chinese Communist Party (CCP) has been engaged for weeks now in a propaganda campaign blaming the United States for the virus. The accusations are absurd, but as with much propaganda, people will start to believe it if they hear it enough.

Further, the Chinese have begun to engage in an academic coverup of the provenance of the virus, erasing online scientific papers from their university websites (Fudan University and the China University of Geosciences in Wuhan) so that suspicious traces are gone and scientific history can be rewritten in Orwellian fashion. (Bat experiments? What bat experiments?)

By focusing their attention on Trump, the Democrats are in essence aiding the CCP in its nefarious activities, which could well do immense damage to the future of our country and the world. But never mind. Trump must go.

Two early harbingers of this trend were the accusations of “xenophobia” and “racism” by former Vice President Joe Biden and others when the president closed the door on travel from China, and House Speaker Nancy Pelosi consequently urging everyone to join the throngs in Chinatown for Chinese New Year. Nothing could go wrong.

Naturally, they also attacked Trump for not paying attention to the virus while they were impeaching him (as if they were). When in those nauseating days of the impeachment trial at the end of January and the beginning of February did you hear even one word from a Democrat about a Chinese virus? This line of attack has been especially repellent considering the exceptionally flimsy, possibly even corrupt, basis of the accusation itself.

And then there was the politicization of the malaria drug hydroxychloroquine because the president recommended it as worth at least a try. To most media and Dems, it was as if Trump were shilling for strychnine. That it actually worked in many instances was beside the point and not to be reported or even admitted.

(Or as Ann Coulter put it on Twitter: “BREAKING: ‘PRESIDENT TRUMP KNEW FOR WEEKS THAT THE DRUG HYDROXYCHLOROQUINE COULD HAVE SAVED MILLIONS, BUT DID NOTHING’ — The New York Times, 1 month from now’”)

One of the more recent methods being employed to tarnish Trump during the pandemic is the deification of National Institute of Allergy and Infectious Diseases director Anthony Fauci. The press and the Dems treat him as a combination of two Alberts—Schweizer and Einstein.

In reality, though a competent scientist, Fauci has made his share of errors already regarding the CCP virus, at first naively accepting the communists’ lie that the virus could only be passed by animals to man and therefore downplaying the epidemic in general. He has also made his fair share of mistakes regarding the numbers affected that seem to change virtually daily, always downward.

But whatever you think of Fauci, the Dem’s and the media’s objective is clearly to drive a wedge between Trump and the scientists to make the president seem like a greedy yahoo willing to sacrifice his fellow citizens for the good of the stock market.

That it’s Trump’s job as our elected leader, not the scientists’, to figure out how to balance the reaction to the pandemic between health and economic issues, the latter having serious health implications of their own, is irrelevant.

That “elected leader” phrase is the root of most of this. The Dems, notably their liberal wing, have little left to say. Liberalism is moribund, as Barton Swaim pointed out well in this weekend’s Wall Street Journal, its important achievements now decades old.

But like all political parties, they still want power, and Biden represents the past in every way imaginable. All they really have for generating excitement is how they can paint Trump.

So they continue to turn him into the enemy, now even to the extent of excusing and defending the real enemy, communist China. This should be alarming to our nation and the world.