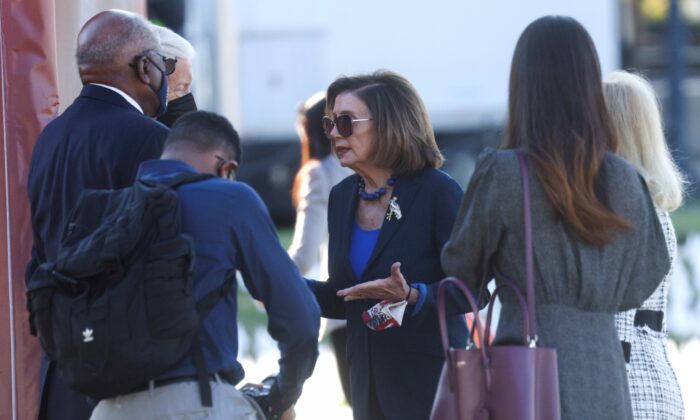 Democrats have unveiled a new plan to include amnesty for illegal aliens in their landmark multi-trillion dollar reconciliation bill after their first two efforts were shot down by the Senate parliamentarian.

The party has been desperate to find a way to include as much blanket amnesty for illegal immigrants as possible, seeing the current makeup of Congress and the White House as a once-in-a-decade chance at modifying the immigration system.

After their first two proposals were shot down by the Senate’s nonpartisan referee, Sen. Robert Menendez (D-N.J.) told reporters that Democrats would move on to “plan C.”

Democrats have released the text of their new compromise reconciliation bill, which has several provisions addressing immigration.

Democrats’ new plan would make a tweak to the law that would allow illegal immigrants who came into the country after 1972 and before 2010 to be eligible for amnesty. The power to give this blanket amnesty to de facto residents has laid with Congress for decades, but since 1972 Congress has not moved up the date to allow illegal immigrants to be eligible for a pathway to citizenship.

Under the rules of the reconciliation process, all provisions included in a reconciliation bill have a “more than merely incidental” effect on government spending and revenues. After being denied the first two times, Democrats have a new plan to meet these requirements.

In their new proposal, illegal aliens eligible for a pathway to citizenship would have to pay the federal government an application fee of $1,500 plus an additional fee of $250 for each beneficiary. Additionally, fees ranging from $15 to $15,000 may apply based on the specific conditions of the illegal alien’s residency.

This amnesty could cause a long-term increase in the number of foreign nationals living in the country. Under current immigration law, naturalized citizens may sponsor members of their family to become lawful green card-holding residents.

Visa Access to Those Denied by Trump Executive Orders

The new bill would also offer visas to those who were unable to receive them due to executive orders by President Donald Trump.

One such executive order, Executive Order 13769, limited those eligible for visas.

The executive order reads: “In order to protect Americans, the United States must ensure that those admitted to this country do not bear hostile attitudes toward it and its founding principles. The United States cannot, and should not, admit those who do not support the Constitution, or those who would place violent ideologies over American law.”

To achieve this goal, the executive order limited visa access for citizens of “countries of particular concern,” including several Middle Eastern U.S. adversaries like Iran, Iraq, Libya, Somalia, Sudan, Syria, and Yemen; This move was met with immediate criticism by Democrats.

One of President Joe Biden’s first moves upon taking the White House was to end this policy with another executive order to end “discriminatory bans on entry to the United States.”

Now, Democrats are seeking to ensure that those aliens who were “refused a visa, prevented from seeking admission, or denied admission to the United States” during the Trump administration will be eligible to enter the United States.

Specifically, those aliens who were selected for visas in 2017 through 2021 but were denied due to Trump’s executive orders or the CCP (Chinese Communist Party) virus retain their right to a visa.

In brief, those selected over the past five years but but barred for broader political or national security reasons will all be eligible to come to the United States as lawful residents.

In order to carry out these sweeping changes, the U.S. Citizenship and Immigration Services will receive $2.8 billion from the new reconciliation bill if passed. These changes will go into effect 100 days after the passage of the bill if they are kept in the final draft.

The party has been so desperate to meet what they perceive as a critical moment that they have now put forward three separate proposals on the issue.

Their first proposal would have given amnesty to around 8 million illegal immigrants, a proposal designed to meet, as much as possible, Joe Biden’s ambitious promise on the campaign trail.

It would have included so-called Dreamers—a group of people who entered the United States illegally as children and were granted amnesty under Deferred Action for Childhood Arrivals (DACA), a controversial executive order signed by President Barack Obama—agricultural laborers, and other essential workers, among others.

This target of a path to citizenship for 8 million illegal aliens falls short of the president’s more ambitious targets on the campaign trail.

During an October presidential debate, then-candidate Biden was asked about the Obama administration’s track record on immigration. On the campaign trail in 2008 and 2012, comprehensive immigration reform was a key Obama-Biden priority, but the administration failed to bring these promised changes about.

Biden explained that he and Obama “made a mistake … we took too long to get it right.”

Biden then made his ambitious promise, saying that within his first 100 days he would “send to the United States Congress a pathway to citizenship for over 11 million undocumented people.”

He promised, “those so-called Dreamers … [are] going to be immediately certified again to be able to stay in this country and put on a path to citizenship.”

However, this proposal failed to pass muster with Elizabeth MacDonough, the Senate parliamentarian who plays the role of a nonpartisan referee in the upper chamber.

This effort was again denied, a move in line with MacDonough’s track record. During her time in the position, MacDonough has not been shy to kill the priorities of either parties that she considered to be outside the scope of reconciliation.

For example, in 2017, Republicans tried to add a provision to the Tax Cuts and Jobs Act—passed through the reconciliation process—that would have repealed restrictions on churches, charitable foundations, and universities that forbade such nonprofits from becoming politically involved or endorsing candidates.

After Democrats took back the majority, MacDonough also put restrictions on what they were permitted to do. In February, the parliamentarian ruled against including a $15 minimum wage in a CCP virus relief package proposed by Biden.

Democrats’ newest immigration effort seeks to itself keep within the narrow bounds of the reconciliation process by showing a distinct effect on federal spending and revenue, but MacDonough has yet to approve these measures. Without her support, Democrats will not be able to include the provisions in the bill’s final draft.