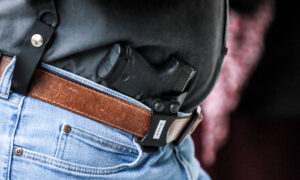 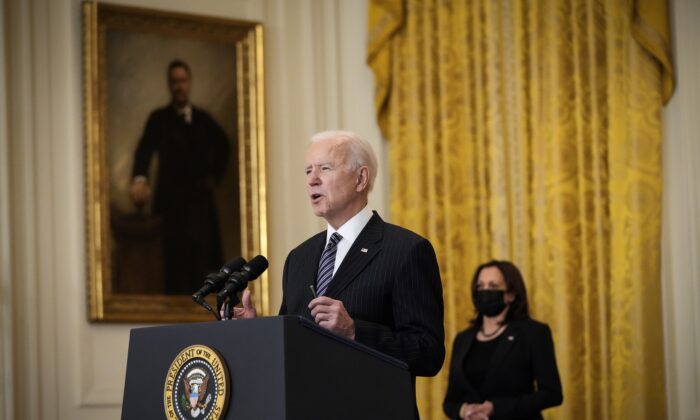 President Joe Biden on Tuesday called for a ban on “assault weapons” and “high-capacity” magazines following a shooting at a Colorado supermarket that reportedly left at least 10 people dead on Monday, and a separate shooting at an Atlanta-area spa left eight dead last week. Gun rights groups have warned that Democratic lawmakers’ bills could potentially turn millions of law-abiding gun owners into criminals.

“We can ban assault weapons and high-capacity magazines in this country once again. I got that done when I was a senator. It passed, it was the law for the longest time and it brought down these mass killings. We should do it again,” Biden said at the White House. He did not elaborate on what an “assault weapon” would be, but “high-capacity magazines” typically refer to a magazine that holds more than ten rounds.

Sens. Michael Bennet (D-Colo.) and John Hickenlooper (D-Colo.) called on Congress to pass legislation in the wake of the shooting in their home state.

“It’s long past time for Congress to take meaningful action to keep deadly weapons out of the wrong hands,” Bennet said in a statement Monday.

“For the second time in a week, our nation is being confronted by the epidemic of gun violence,” she said in a statement. “Too many families in too many places are being forced to endure this unfathomable pain and anguish. Action is needed now to prevent this scourge from continuing to ravage our communities.”

“Every time there’s a shooting, we play this ridiculous theater where this committee gets together and proposes a bunch of laws that would do nothing to stop these murders,” Cruz argued.

On Monday, the National Rifle Association (NRA), the largest gun-rights group in the United States, posted the text of the U.S. Constitution’s Second Amendment on Twitter: “A well-regulated militia, being necessary to the security of a free state, the right of the people to keep and bear arms, shall not be infringed.”

In February, the U.S. Concealed Carry Association wrote a letter to Biden, warning the president that his proposal for gun control would possibly turn 100 million law-abiding gun owners into criminals.

“While we can agree that there are several ‘common sense’ and long overdue changes needed to our nation’s gun laws, we firmly believe that the path forward should be focused on supporting and protecting responsible, law-abiding Americans—not criminalizing and punishing them,” the group wrote, noting that a significant number of Americans purchased firearms for the first time in 2020 due to left-wing riots and the COVID-19 pandemic.

The last time Democrats got close to passing gun control legislation was in 2013 after the mass shooting at the Sandy Hook Elementary School in Connecticut. At the time, they held the House, Senate, and the White House under then-President Barack Obama.

In the Senate, such legislation would require bypassing the 60-vote filibuster, which Republicans oppose. Some Democrats have also signaled that it would be unwise to end the filibuster.

“It’s been 17 years since the original Assault Weapons Ban expired, and the plague of gun violence continues to grow in this country. To be clear, this bill saves lives. When it was in place from 1994-2004, gun massacres declined by 37 percent compared with the decade before. After the ban expired, the number of massacres rose by 183 percent,” she said in a statement on March 11.