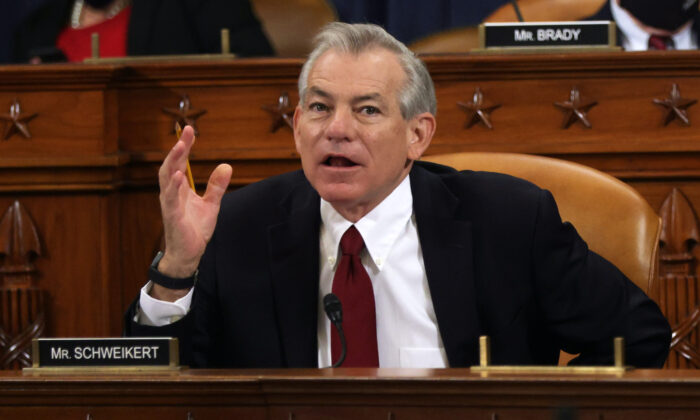 Democrats are unlikely to keep control of the House of Representatives after the latest updated vote results favored Republicans in multiple key races, an analyst said on Nov. 13.

The races aren’t called but Republican wins in all three are “probable,” according to Wasserman.

Republicans secured 212 seats after flipping a district in Oregon in a race that was called over the weekend. Democrats also gained multiple seats over the weekend, but are still behind with 204.

The other key races are in Alaska, California, Colorado, Maine, New York, and Oregon.

Wasserman predicts Democrats winning races for some of the contested districts but Republicans winning others, with the latest predictions putting Republicans at 220 seats and Democrats at 213 in the next Congress.

As of Nov. 14, Republican John Duarte is leading Democrat Adam Gray by 84 votes in the former while Rep. David Valadao (R-Calif.) leads the Democratic challenger by 2,878 votes in the latter.

Other analysts also said that Republicans are looking increasingly likely to flip the House after failing to flip the Senate.

“Looking more and more like we’re headed for a Republican House majority,” Ryan Matsumoto, a contributing analyst at Inside Elections, wrote on Twitter after the updated counts in Arizona and California.

Before the results came in, some analysts said Democrats’ chances of holding the House were increasing.

Nate Silver of FiveThirtyEight, for instance, said that Republicans were still probably going to flip the lower chamber but that Democrats’ chances had increased from 13 percent to 20 percent.

“It’s still not terribly likely Democrats win control of the House. But it also means that a GOP takeover is far from a foregone conclusion,” he wrote in a blog post.

A party needs 218 or more seats to hold a majority in the House. In the current Congress, Democrats have 220 seats and Republicans have 212 seats. There are three vacancies.