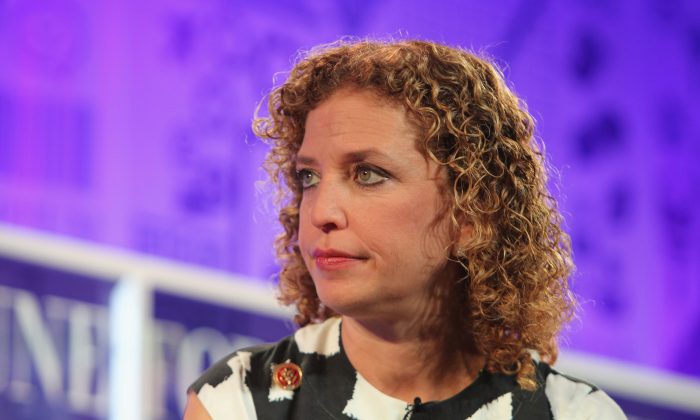 “There is a lot of sentiment that replacing her would be a good idea. It is being discussed quietly among Democratic senators on the floor, in the cloakroom and in lunches,” a senior Senate Democratic source told CNN on condition of anonymity.

An anonymous Pro-Clinton Democratic Senator was reported saying, “There have been a lot of meetings over the past 48 hours about what color plate do we deliver Debbie Wasserman Schultz’s head on.”

Democrats have been fearing that the party will not be able to unify behind the nominee if the DNC chair keeps her seat due to her criticism of the Bernie Sanders campaign following the chaotic Nevada State Convention.

Wasserman Schultz called the Sanders response “anything but acceptable” and compared the convention to a Donald Trump rally.

In response, Sanders endorsed her Democratic congressional opponent Tim Canova in Florida, and said that if he were elected, that he would have Wasserman Schultz removed from her position.

“I don’t see how she can continue to the election. How can she open the convention? Sanders supporters would go nuts,” said the lawmaker, who requested anonymity because of the sensitive nature of the discussions.

Despite rumblings from multiple anonymous sources, the Democratic Party has, by-and-large, been supportive of the DNC chair.

“DNC Chairwoman Wasserman Schultz enjoys the support of Members of the House Democratic Caucus for her leadership in unifying the party and winning in November,” Pelosi told CNN.

“I think Debbie Wasserman Schultz has done a good job. If you look at her platform committee appointments, she really gave a lot of room to Bernie supporters,” Mikulski said, referencing the Democratic National Committee conceding five of the fifteen chairs on the party platform committee to Sanders. Clinton will get to name six of the chairs, and DNC chair Debbie Wasserman Schultz would get to name the remaining four.