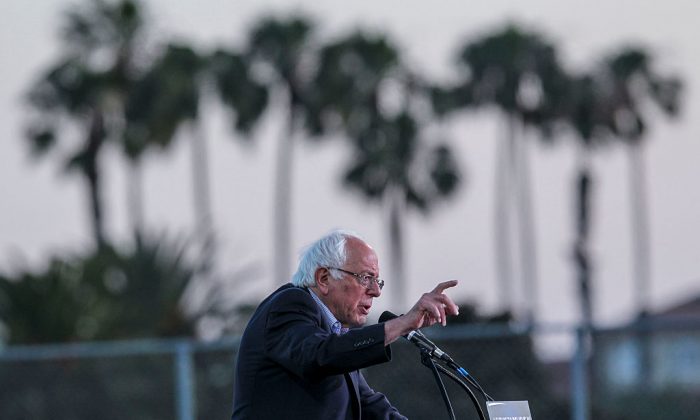 The Democratic National Convention in Philadelphia, set for July 25-28, is promised to be much more contentious and ‘messier’ than previously expected, says Bernie Sanders.

The event, which was thought to be a “coronation” of Hillary Clinton early in the primary season, is promised to be a heated debate between two factions in the Democratic party—the insurgent leftist Sanders and the moderate pragmatist, Clinton.

In an interview with the Associated Press, Sanders laid out a forceful plan to take the fight to the convention floor:

When pressed by the AP reporter Ken Thomas about whether or not a messy convention would heal the rift between the Sanders and Hillary supporters, the Vermont Senator doubled down on the comment:

“So what! Democracy is messy,” Sanders said. “Everyday my life is messy. But if you want everything to be quiet and orderly and allow, you know, just things to proceed without vigorous debate, that is not what democracy is about.”

The declaration came after the Democratic National Committee conceded five of the fifteen chairs on the party platform committee to Sanders. Clinton will get to name six of the chairs, and DNC chair Debbie Wasserman Schultz would get to name the remaining four.

Shortly after Sanders made the statement to the Associated Press, his campaign manager Jeff Weaver cleaned up the remarks saying that “messy” does not mean “violent” but, rather, votes on the floor of the convention:

“There’ll be debate, and there’ll be votes,” Weaver said. “Which is not—you don’t often see that anymore in modern conventions. In fact, that’s really what conventions are about, for parties to do the business of the party.”

Tensions have been high between the two divided factions of the party since the Nevada Democratic Convention on May 14 resulted in reports of violence and death threats from Sanders’s most adamant supporters.