Democrat Strategist Predicts GOP Victory on Tuesday: ‘We Did Not Listen to Voters’ 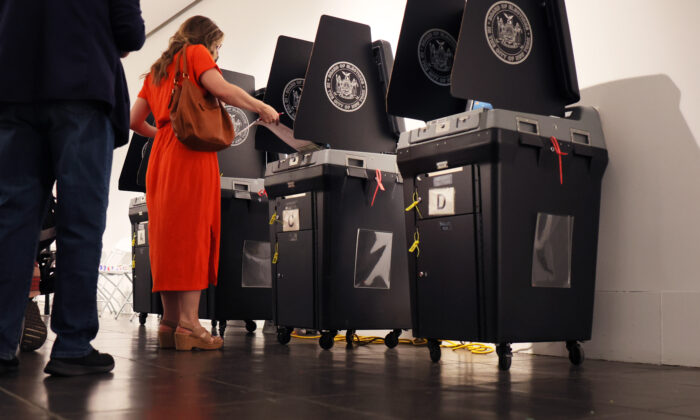 Democratic strategist Hilary Rosen expressed alarm during an on-air CNN segment by saying her party did not listen to voters about their economic concerns and decided to focus on other issues.

“I’m a loyal Democrat, but I am not happy. I just think we did not listen to voters in this election, and I think we are going to have a bad night,” she said.

But, Rosen added, “When voters tell you over and over and over again that they care mostly about the economy, listen to them. Stop talking about democracy being at stake. Democracy is at stake because people are fighting so much about what elections mean. Voters have told us what they wanted to hear. I don’t think democrats have delivered this cycle.”

A poll released this weekend shows that the vast majority of voters view the U.S. economy and inflation as the top issue in the closing days of the 2022 midterm campaign. The ABC News/Washington Post poll showed that 80 percent of likely voters said the economy is the top issue while 77 percent said the same for inflation, which is running near 40-year highs.

According to data released by the Department of Labor, the consumer price index, a key measurement of inflation, hit 8.2 percent in September. The key Personal Consumption Expenditures Index showed that core prices, excluding the volatile food and energy prices, rose 0.5 percent from the previous month, up 5.1 percent on an annual basis.

Republicans have often focused on soaring inflation, energy prices, and violent crime this campaign cycle, while Democrats have focused on the Supreme Court’s reversal of the Roe v. Wade ruling on abortion and their concept of “democracy.”

Other than inflation, Rosen said that some Democrat candidates may be hurt by the surging popularity of GOP candidates in statewide elections.

“We have the unfortunate combination of strong gubernatorial candidates. I was just in Arizona and spent time there, talked to a bunch of voters,” Rosen also said. “Mark Kelly is popular, but Kari Lake is more popular. The combination will hurt Mark Kelly. We’re in trouble because of the top of the ticket.”

Rep. Sean Patrick Maloney (D-N.Y.), the head of the Democrats’ House campaign arm, is in a tough contest for his seat north of New York City. But he insisted Sunday that Democrats are “going to do better than people think on Tuesday,” adding that his party is “not perfect” but “we are responsible adults who believe in this democracy.” Maloney alleged that GOP wins would be a win for “racism,” “anti-Semitism,” and “violence.”

Sen. Rick Scott (R-Fla.), who heads the Republicans’ Senate campaign arm, countered: “We have great candidates. People are showing up to vote.”

“There’s no energy on the Democrat side,” he said on NBC. “This election is about the Biden agenda.”