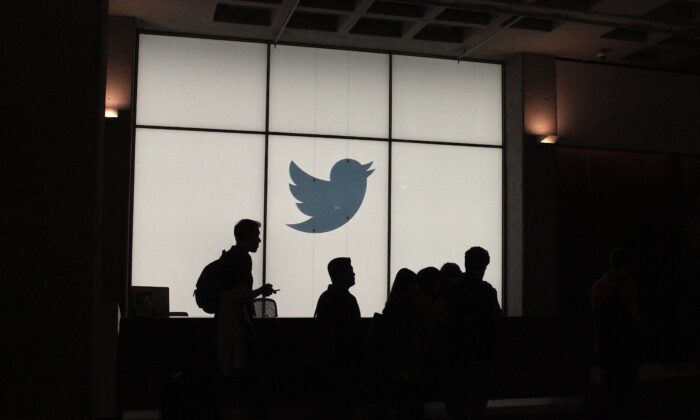 The Democrats’ war on truth has been going on for some time, at least if you follow their replacement Bible, The New York Times. It’s the old “ends justify the means” thing.

In the early 20th century, Walter Duranty was the paper’s Moscow correspondent and justified Stalin’s mass starvation of the Ukrainians as breaking a few eggs to make an omelet.

The number of these “broken eggs” (human deaths) has been estimated to be as high as 7 million, which puts the Ukrainian Holodomor in Holocaust territory. For comparison, 20,000 or so, at the most, have died in the current Russia–Ukraine war.

And yet Duranty’s portrait remains on the NY Times wall next to its other Pulitzer Prize winners, including that gang of prevaricators who, a few years ago, were awarded the prize for lying consistently about Trump–Russia collusion, which they must have known—anyone paying attention did—was a complete fabrication instigated, as it turned out, by the Hillary Clinton campaign.

The litany of the NY Times’ dishonesty could fill a book and has. The good news is, this is all gradually fading away from its own too-obvious bias.

The bad news is that it’s being replaced by something far worse and far more dangerous that’s reaching more minds than all the legacy media combined and possibly squared.

This is an already active plot to employ social media essentially to implant a unifying worldview throughout this country and across the globe. It contains aspects of the Chinese communist social credit system and what has been called mass formation psychosis to create a hive mind of as many humans as possible.

The source of this plot is a nonprofit called DemCast or, on social media, #DemCast. It could make everything else irrelevant.

But I will let DailyVeracity.com explain:

“Garnering an estimation of over 50 billion impressions since just 2019—DemCast aims at manipulating public opinion surrounding the topics of COVID, war with Russia, January 6, and even swaying local elections throughout all of the 50 states. …

To do this, they utilize something called the Speechifai platform wherein (obviously left-wing) organizations are provided with “an accompanying hashtag, ensuring that when thousands of individuals post to social media, they appear as though they are authentic to the normal user—rather than auto-generated” (from a specifically left-wing bot).

I repeat: more than 50 billion impressions so far, undoubtedly growing exponentially even as we read this. Not even Orwell dreamed of this for his Ministry of Truth. Who needs the imprimatur of The New York Times—controversial to some of us diehards—when you have millions of people unwittingly repeating the received mantras without a hint of bias acknowledged? It’s from folks just like you, folks. No pundits, no media, nada—not even celebrities.

I can already see the gleam in Klaus Schwab’s eyes as some putatively harmless and logical version of “You will own nothing, and you will be happy” makes its way through the chatrooms and then invades half the computers of the world to be tweeted and retweeted until our heads explode.

Welcome to the “Great Reset,” courtesy of DemCast. Give the founders a yacht and a private jet.

How do we stop this?

According to DailyVeracity, as of now, this bot-like maneuver is only operative on Twitter, Facebook, and Instagram. We could post in opposition when we see theirs, but that’s unlikely to do much of anything, unless we somehow have in place a similar system of mass proliferation—a long shot, at best.

We could also absent ourselves from the three platforms (something I have been advocating for a long time, but to little avail), thereby weakening them as businesses and as mind control powers. As I have also noted, Twitter is the place to start, again to little avail.

So I reiterate my call to get off what we could call social media’s axis of evil and thereby destroy their business models. We have the numbers to do that if, for once, we hang together.

And once that’s done, despite the hard work of many fine conservatives and libertarians, we should consider abandoning social media altogether. Especially for our children, we’ve all seen what it has done to them, but few of us do much about this greatest of temptations.