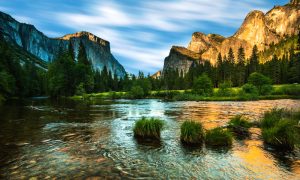 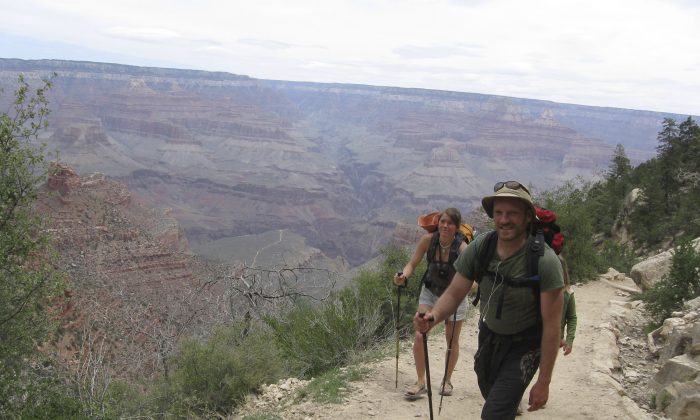 Eliza Anti, 31, and Michael Parker, 32, of Hardwick, Vt., near the end of their days-long hiking and camping trip at the Grand Canyon. (AP/Felicia Fonseca)
Travel

Demand for Hiking Permits at Grand Canyon Less Than Expected

Grand Canyon National Park so far has given out fewer permits than expected because the new system went into effect last September. Only nine permits have been given this year, park spokeswoman Kirby-Lynn Shedlowski said.

There is still confusion among visitors about whether a permit is needed for the cross-canyon hike, said Cori Conner, a supervisory park ranger. “So far it’s kind of mixed. We’re still evaluating it daily,” Conner told the Arizona Daily Sun (http://bit.ly/1GdNMMf).

The number of people making the grueling trek has gone up in recent years. According to Conner, between 400 and 600 people make the daylong cross-canyon trip on any given weekend. A lot of the crowd is made up of groups from churches, schools or running clubs.

The permit program was implemented so Grand Canyon Park could address overcrowding, litter and safety issues. The trails get trashed with abandoned or cached gear, Shedlowski said. The litter includes human waste. The restrooms and water-treatment facilities have also felt the weight of so many people.

Another advantage to the permits, which cost a minimum fee of $175, is park officials can touch base with the groups and educate them. Officials can brief visitors about trail etiquette and make sure they are prepared for such a trek.

The park has no limit on the number of one-day permits it will issue. Each one costs a minimum of $175. A group can obtain a single permit each day for up to 30 people. At least one member of the group must be certified in wilderness or emergency medical response and CPR. A group must also have general liability insurance.

The rim-to-rim excursions are most popular in May and October, and officials said hikers and runners must be able to complete them within 24 hours.

The permit program is a temporary solution while park officials craft a backcountry management plan. A first draft of that plan will be open for public comment in the fall, Shedlowski said.

Ian Torrence, a long-distance runner and coach in Flagstaff, said he is among those who support an effort that would mean educating visitors about etiquette and safety.

“Personally I wouldn’t want to have to deal with it. But as someone who used to work with the Park Service and has been involved in search and rescue, I’ve seen a lot of people try to do stuff that is foolhardy,” Torrence said.