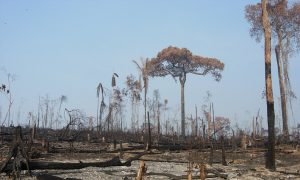 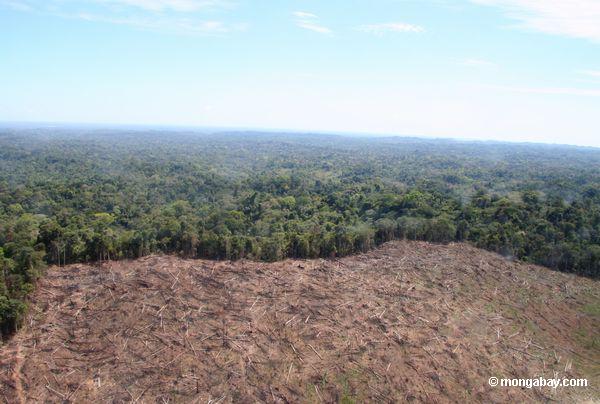 Speaking to the press at U.N. climate change talks in Lima, Gustavo Suarez de Freitas of MINAM, Peru’s environment ministry, said 145,000 hectares of rainforest was cleared last year, a sharp increase over the average of 113,000 hectares per year since 2001.

Suarez de Freitas attributed most of that loss to agriculture.

The remarks come nearly a year and a half since Peru released an assessment of recent forest loss in the country. That showed deforestation peaking between 2005 and 2009.

However data from Global Forest Watch, an independent system based off research led by Matthew Hansen, showed a 2005 peak followed by a massive spike in 2012. It wasn’t immediately clear whether Suarez de Freitas was referencing 2012 or 2013 data.

In either case, the signs indicate that deforestation is on an upward trend in Peru. Traditionally cattle ranching has been a major direct driver of forest loss, while logging has been an important secondary driver. Recent infrastructure projects, including the paving of the Transoceanic highway, may be a factor in rising forest loss.

Other prominent drivers of environmental degradation, including mining and oil palm plantations, to date only affect relatively small areas in the Peruvian Amazon.

Peru accounts for roughly an eighth of the Amazon’s forest cover and about five percent of the region’s forest loss since 1978.