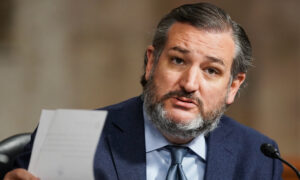 Three Republican senators want to remove a special rule favoring Major League Baseball. This follows the league’s boycott of Georgia over the state’s election integrity law. The antitrust exemption for baseball has been in place for 99 years. The Supreme Court decided in 1922 that Major League Baseball was not subject to federal antitrust laws, ruling against a challenge brought by a team from a defunct rival league. Sen. Josh Hawley (R-Mo.) says the league can’t expect to wield political influence and get government handouts at the same time.

In the world of vaccines, Denmark bans all AstraZeneca shots amid reports of blood clotting. Another vaccine, Johnson & Johnson, is being paused in the United States amid reports of blood clotting as well. Some note both use adenovirus while Pfizer and Moderna use mRNA. Former President Donald Trump fired back at the FDA. He said in a statement: “The results of this vaccine have been extraordinary but now it’s [sic] reputation will be permanently challenged. The people who have already taken the vaccine will be up in arms, and perhaps all of this was done for politics or perhaps it’s the FDA’s love for Pfizer.”