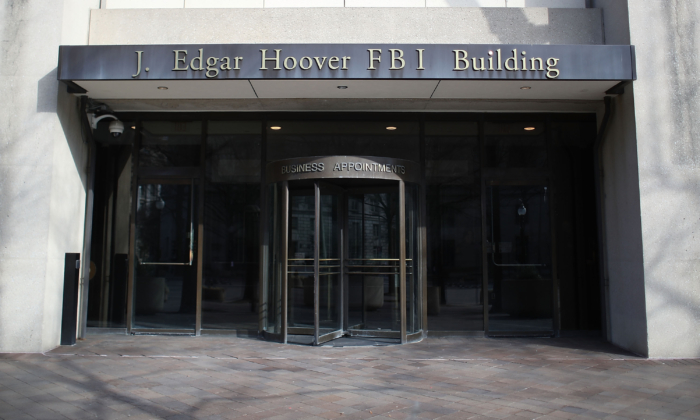 The FBI relied heavily on news articles and open sources in its efforts to corroborate claims in the infamous Steele dossier that was used to obtain a spy warrant on members of the Trump 2016 presidential campaign, according to a recently declassified spreadsheet kept by bureau analysts.

CBS News reporter Catherine Herridge and Just the News founder John Solomon were the first to publish the document (pdf), a watermark on which states that it was produced to the Senate Judiciary and Intelligence committees.

The committees didn’t immediately respond to a request by The Epoch Times to authenticate the document.

The 72-page spreadsheet is accompanied by 22 pages that feature nearly 400 footnotes, the majority of which reference news articles and public websites. In most cases, the cited articles do nothing to confirm the veracity of the dossier’s claims and merely establish facts that have long been in the public sphere.

As an example, on the dossier allegation that the Trump campaign changed its policy toward Ukraine in coordination with Russia, the FBI analysts provided evidence only for the fact that the policy had been changed, which was public knowledge, but provided no corroboration for the alleged coordination.

Many of the claims include no corroboration whatsoever, including the allegation that Trump “and his inner circle received a regular flow of intelligence from the Kremlin.”

The credibility of the Steele dossier was beyond repair prior to the discovery of the spreadsheet, and declassification is more significant in shedding light on the FBI’s shoddy attempts at corroborating Steele’s claims. The analysts who maintained the spreadsheet frequently cited the same articles but alternated the format of the footnote citations in an apparent attempt to make the sources appear distinct.

In one case, the analysts cited the same Washington Post article eight times in the span of a handful of pages.

The Steele dossier played a central role in the FBI’s decision to obtain a Foreign Intelligence Surveillance Act (FISA) warrant to spy on Trump campaign foreign policy adviser Carter Page. The bureau failed to disclose to the court that the campaign of presidential rival Hillary Clinton funded the dossier. The Department of Justice Office of Inspector General determined that the FISA applications used to surveil Page contained 17 major errors and omissions, prompting a scathing rebuke from the secret Foreign Intelligence Surveillance Court (FISC).

The analysts sourced many of the claims to Steele’s primary subsource, Igor Danchenko, a Washington-based Russian national who was at one time investigated by the FBI as a suspected spy for the Kremlin, another fact the bureau failed to disclose to the FISC. Danchenko sourced his claims from childhood friends and associates in Russia and, when interviewed by the FBI, told agents that Steele inflated his rumors and presented them as credible claims.

In one instance, the analysts passed off as corroboration a report from a source other than Steele simply because both the dossier and the report included the word “tapes.” The bureau used a tweet from the sister of a known Democratic National Committee (DNC) operative to corroborate the same claim.

A number of items in the dossier are completely or partially redacted, leaving open the possibility that the FBI confirmed one or more claims in the dossier using sources and methods that can’t be made public. The redacted items are described as either “other agency reporting,” “sensitive FBI information,” or “sequestered by court order.”

For the central claim that Russia hacked the DNC’s server, the FBI cited the U.S. intelligence community assessment on Russian interference in the 2016 election. The bureau participated in the preparation of the assessment and pushed the NSA and CIA to include the Steele reporting as an annex to the report. The assessment specifically noted that its contents weren’t an assertion of fact.

The FBI analysts cited media reporting on the assessment instead of referencing the formal document posted on the website of the Office of the Director of National Intelligence.

Notably, the analysts made a mistake on the timing of the crucial event related to the alleged DNC hack, writing that media reports about Russia’s involvement in the alleged hack began to appear in late July 2016. The DNC formally accused Russia of the hack on June 14, 2016, via an article in The Washington Post. Within days, virtually every major news outlet covered the news.

In several cases, the analysts were unable to verify the claims, including in connection to Steele’s allegation that President Donald Trump’s attorney Michael Cohen traveled to Prague to meet with Russians in an attempt to cover up alleged crimes.

“The CROSSFIRE HURRICANE team has been unable to verify travel by Cohen to the Czech Republic in August 2016,” the spreadsheet states, referring to the codename of the FBI’s investigation of the Trump campaign.

Some of the corroboration appears entirely unrelated to the claim. For example, footnote 89 features a list of articles to support the Steele allegation that the “Kremlin is concerned that political fallout from the DNC email hacking operation is spiraling out of control.” Five of the cited articles were published before the email hack and have nothing to do with dossier’s specific claim.

Steele authored the DNC hacking memo on the same day that Clinton purportedly authorized a plan to dirty up Trump by linking it to Russia’s alleged hack of the DNC. The claim about the Clinton plan comes from recently declassified documents that describe a U.S. intercept of Russian intelligence.

A mounting body of circumstantial evidence, including the recent declassification of the Clinton plan, suggests that Steele’s dossier played a role in the opening of Crossfire Hurricane. Special counsel Robert Mueller took over the probe in May 2017 and, after a 22-month inquiry, found no evidence to establish that anyone on the Trump campaign conspired with Russia. Mueller’s report included no confirmation of any of Steele’s claims alleging wrongdoing by Trump or his campaign.

Despite years of purported investigations, executive branch agencies and Congress have released scant and conflicting evidence to show how the emails were taken from the DNC.