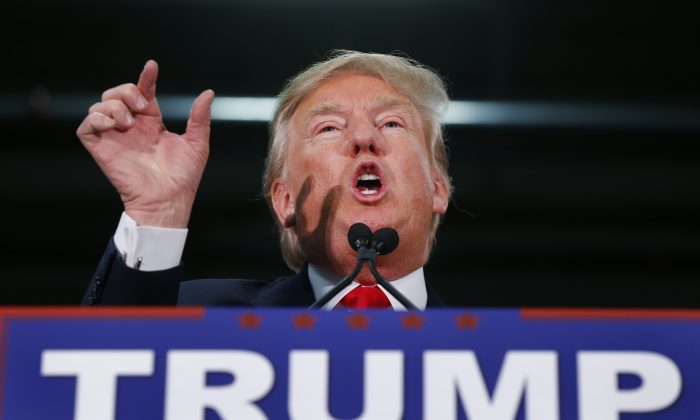 DES MOINES, Iowa—An explosive feud between Donald Trump and Fox News is overshadowing the final sprint to Iowa’s presidential caucuses, injecting a new sense of chaos into the already turbulent 2016 Republican contest and forcing rival campaigns to adjust on the fly.

On the eve of the final debate before Iowa voters weigh in, Trump refused to back off his vow to boycott Thursday’s primetime faceoff. The campaign insisted Wednesday that debate host Fox News crossed a line with a sarcastic statement and continued to criticize moderator Megyn Kelly, prompting Fox to accuse Trump’s camp of trying to terrorize its employees.

As the public clash intensified, Trump’s Republican competitors hunkered down for a day of private debate preparations plagued by uncertainty. Skeptical that he would follow through on his boycott, the other campaigns held practice sessions with and without someone playing the brash billionaire.

Some prepared for the possibility that a Trump-less debate could make another leading Iowa contender, Texas Sen. Ted Cruz, a prime target for campaigns eager to spark a last-minute shakeup. Cruz has challenged Trump to a separate one-on-one debate, a challenge that was mocked by the billionaire businessman.

“Even though I beat him in the first six debates, especially the last one, Ted Cruz wants to debate me again. Can we do it in Canada?” Trump tweeted, referencing Cruz’s birthplace.

Other campaigns saw the shakeup as opening to rise above the ruckus.

“These kinds of theatrics by Ted Cruz and Donald Trump are an entertaining sideshow, but they have nothing to do with defeating Hillary Clinton,” Florida Sen. Marco Rubio said. “I’m going to stay focused on uniting the Republican Party … We don’t have time for these kinds of distractions.”

Despite the attention, there was little sense that Trump’s move would significantly change the trajectory of the Republican contest on the ground in Iowa. While the former reality television star holds a big lead in most national polls, he and Cruz are locked in a tight race for the lead in Iowa.

“My sense is those Iowa Republicans who weren’t fans of Donald Trump before yesterday, this has only validated their opinion of him, and those Iowans who have been drawn to his passionate attack on the media and political elites in our country are even more emboldened by their guy today,” said former Iowa GOP chairman Matt Strawn.

Trump’s decision is part of a larger pattern of turning typical campaign convention on its head.

He has substituted typical meet-and-greet events with mass rallies, made inflammatory statements that would have sunk other candidates, and spent much of his time opining on television news shows and Twitter.

Instead of debating Thursday night, Trump has promised to hold a simultaneous event to raise money for wounded veterans.

“I think it’s typical Trump. He’s betting on him making a bigger splash,” said Don Kass, chairman of Iowa’s Plymouth County GOP, who predicted the decision to skip the debate would benefit the real estate mogul.

“Frankly, you know, in the past, anytime somebody thought he did something that cost him, it didn’t cost him,” Kass said.

Trump is not the first Republican to skip a pre-caucus debate.

Then-front-runner Ronald Reagan skipped a debate held ahead of the 1980 Iowa caucuses and wound up losing the state to George H.W. Bush. Reagan ultimately went on to win the nomination.

This is also not the first time Trump has threatened to boycott a debate. In December, Trump threatened to skip a CNN debate unless the network paid him $5 million, which he said he’d donate to charity. The network did not pay up, but he participated nonetheless. And in October, he and rival Ben Carson’s campaign penned a letter threatening not to show unless their demands for a shorter run time and other conditions were met. The network adjusted and both candidates appeared.

“He’ll show up. I’ve got a $20 bet on it,” former Florida governor and GOP presidential contender Jeb Bush told reporters as he left a Des Moines campaign stop Wednesday.

Trump’s Fox feud dates back to the first Republican primary debate, when Kelly took Trump to task over derogatory statements he’d made in the past aimed at women. A sarcastic statement from Fox on Tuesday was the final straw.

That statement said the leaders of Iran and Russia “both intend to treat Donald Trump unfairly when they meet with him if he becomes president” and that “Trump has his own secret plan to replace the Cabinet with his Twitter followers to see if he should even go to those meetings.”

Trump and his campaign manager have slammed it as taunting and juvenile.

But some Conservative leaders suggest that Trump is taking a risk by skipping Thursday’s primetime affair.

“I think he’s embarrassing himself in this case,” said Mark Meckler, one of the tea party movement’s original leaders. The debate, Meckler added, is “going to be the Donald Trump hate fest.”

While Trump’s supporters are fiercely loyal and won’t be swayed by the decision, Sioux County GOP Chair Mark Lundberg noted there are still plenty of undecided out there to woo. “For him to bail out and not have one more crack at making his case is a mistake,” he said.

Republican operative Ryan Williams offered some perspective on what has been a wild campaign season so far.

“The debate chaos is a fitting end,” he said, “to a caucus process that has been nothing short of a complete circus.”