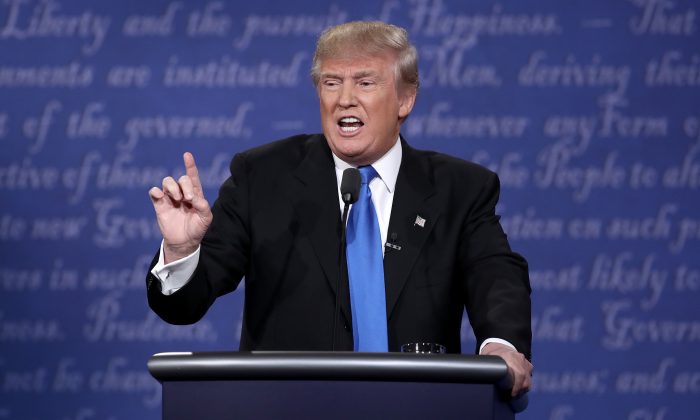 The Commission on Presidential Debates confirmed on Sept. 30 that Republican presidential candidate Donald Trump experienced microphone problems at the first presidential debate on Sept. 26 at Hofstra University in New York.

“Regarding the first debate, there were issues regarding Donald Trump’s audio that affected the sound level in the debate hall,” the statement read without further explanation.

Following the debate, Trump had complained about the audio quality to reporters.

USA Today Tells Readers Not to Vote for Trump

On the day after the debate, Trump repeated his complaint on “Fox & Friends,” and his opponent, Democratic candidate Hillary Clinton, poked fun at him.

“Anybody who complains about the microphone is not having a good night,” Clinton told reporters on her campaign airplane.

Donald Trump and Hillary Clinton are scheduled for the second debate on Oct. 9 at Washington University in St. Louis, Missouri.