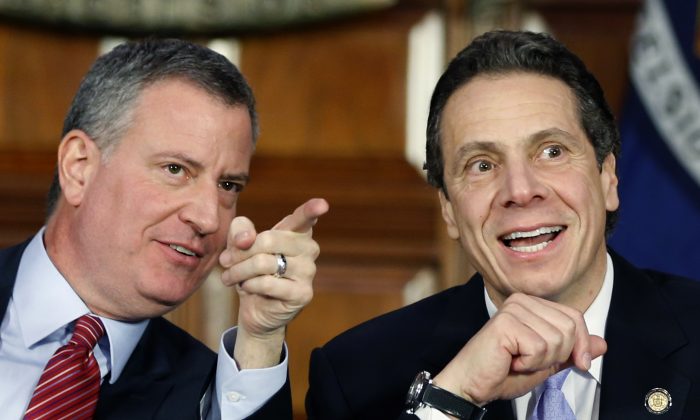 New York City hospitals, some of which are under increasing financial strain, are playing a waiting game on federal Medicaid waivers. Gov. Andrew Cuomo and New York City Mayor Bill de Blasio said that the $10 billion waiver for the state of New York is long past due for approval.

The waiver application was first submitted to the U.S. Department of Health and Human Services (HHS) in 2012. It has gone through several revisions since then. On Monday, Cuomo accused HHS of dragging its feet.

“For 18 months, New Yorkers have been waiting on the federal government for one clear statement: your $10 billion Medicaid waiver is approved,” Cuomo said in a statement. “While other states were given approval in just a few months, New York is still waiting and hospitals in Brooklyn will close if we wait any longer.”

Long Island College Hospital, Interfaith Medical Center, and Brookdale Hospital Medical Center in Brooklyn have faced long-standing budget problems and are on the verge of closing. Plans to shore up the faltering hospitals don’t seem to fit with the federal government’s intentions, though.

In a letter to Cuomo dated Jan. 22 obtained from HHS, Secretary Kathleen Sebelius explicitly stated that the waiver is not intended to pay for hospital operating costs.

Sebelius’s letter said that the state’s proposal is “broadly aimed at improving the health and health care of Medicaid beneficiaries and low-income New Yorkers and lowering system costs through their improvements.”

“It will not, nor should it, determine the particular path for New York hospitals,” Sebelius wrote.

An official for HHS added in an email that the agency has set up a meeting with New York on the issue later this week.