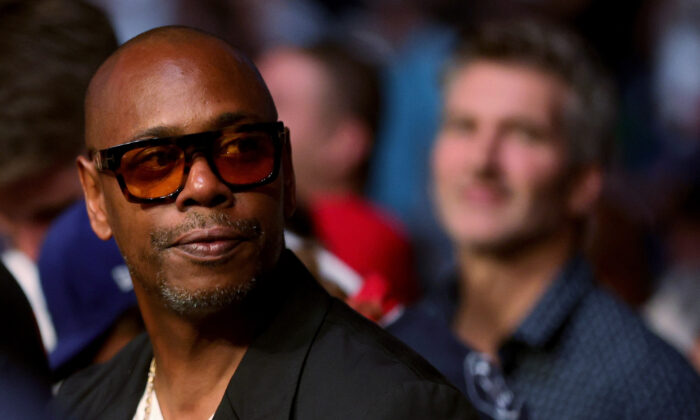 Dave Chappelle said during a video released on Monday that controversy over his Netflix comedy special “The Closer” is leading distributors to reject his latest documentary project “Untitled.”

The stand-up comedian noted the media has attacked him over jokes he made about the transgender community in the special.

“This film that I made was invited to every film festival in the United States and some of those invitations I accepted,” Chappelle said.

“This controversy came out about ‘The Closer,’ they began disinviting from these film festivals and now, today, not a film company, not a movie studio, not a film festival, nobody will touch this film,” he added.

“Thank God for [CEO] Ted Sarandos and Netflix. He’s the only one that didn’t cancel me yet,” Chappelle noted.

The comedian now plans to screen his documentary through a 10-city tour nationwide.

Chappelle’s Netflix title led to backlash from LGBTQ+ advocates and prompted a walkout among some Netflix employees.

A handful of counter-protestors showed up at the walkout in Hollywood, California, on Oct. 20, to support Chappelle’s right to free speech and stand against cancel culture.

Despite the “cancel culture” response, the comedian said he refuses to back down.

“This has nothing to do with [the LGBTQ+ community]. It’s about corporate interests and what I can say and what I cannot say,” Chappelle said.

The comedian added the hate he has received has not come from LGBTQ+ people he personally knows. He considers the issue a matter of freedom of speech.

“For the record, and I need you to know this, everyone I know from that community has been loving and supporting, so I don’t know what all this nonsense is about,” Chappelle added.

“To the transgender community, I am more than willing to give you an audience, but you will not summon me. I am not bending to anybody’s demands,” he said in the video.