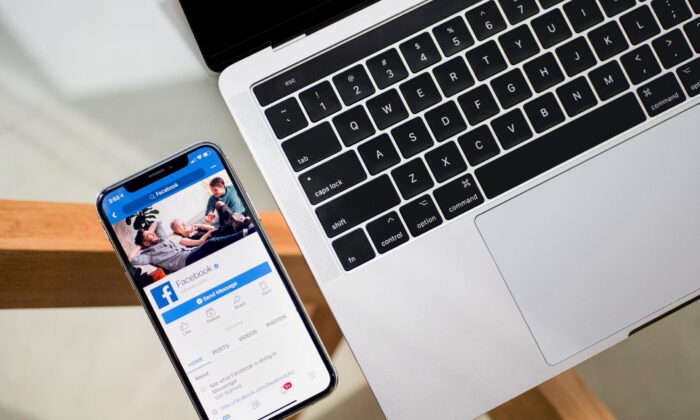 The COVID-19 pandemic has given rise to tech-based surveillance, opening up opportunities for the government and corporations to harvest citizens’ data under the radar, says a technology policy director.

The comment comes after media reports in Australia in early June revealed the state government of Victoria—known for spending the longest number of days in lockdown globally—had been using a data agency, which was initially set up to inform pandemic decision-making, to monitor Victorians’ everyday activities beyond COVID-19.

In late May, Human Rights Watch found that 89 percent of educational technologies (EdTech) used for remote learning exploited their access to children by harvesting their personal, location, or learning data.

Many of these apps and websites are endorsed by the Australian government, such as Zoom, Minecraft Education and Microsoft Teams, which remained in place after COVID-19.

“There’s no kind of public engagement about what the citizen feels comfortable with in terms of how the government is using that data,” she told The Epoch Times.

“And because of the power differential between institutions and individual citizens, data is used and abused. And we see really dire consequences as a result.”

According to a recent investigation by The Herald Sun, the Victorian government’s data agency Insights Victoria has collected citizens’ public, sensitive, and “commercial-in-confidence” data in an attempt to become the “single truth source” of the government.

The revelation came following calls to withdraw the government’s Information Sharing Bill 2021. The bill has been alleged to undermine a patient’s privacy rights by creating a system “where a person’s most private medical information can be shared on an electronic database without their consent.”

Roger Clarke, secretary of the Australian Privacy Foundation, an NGO formed to protect privacy rights, told The Epoch Times that “it’s hard to tell when a government is being secretive, just what they’re hiding.”

“The factual information that’s publicly available appears to be minimal. And that alone is a serious concern,” Clarke said.

“Decisions about what the law says are subject to parliamentary approval, not a politician’s whim. And decisions about public policy measures require public information and public debate.”

However, some digital privacy experts are divided in terms of how much Australians should be concerned about their privacy rights. Adjunct Professor for Cyber Security Research and Innovation Centre Damien Manuel argued that “the public doesn’t place value on data and the digital trail they leave behind.”

“If people use Facebook as an example, they need to understand they are the product, hence why the service is free. Even using mapping services on mobile phones enable commercial entities to track where people go, yet there is no outcry by the public, but when a government does the same, we seem to be up in arms.”

“If governments had access to rich data sources, under the appropriate oversight, it could be used to deliver improved services for Australians.”

While it might be too far to say the government and corporations have leveraged the pandemic to collect data, institutions could be “opportunistic,” said Reset Tech Policy Director Sooriyakumaran.

“We are living in an economy where data is one of the most valuable resources any institutional entity can actually capture,” she said.

Sooriyakumaran further described data-driven decision-making as “a kind of philosophy that institutions are adopting across all sectors and industries.”

The digital privacy expert pointed to a broader trend of widescale data extraction that is taking place across all of the government services, such as Australia’s COVID-19 tracking app, QR code, robot debt, social welfare, Centrelink, employment services, and disability support.

“But I think more and more, particularly with the pandemic, people are starting to understand, oh, governments and corporations are actually quite intertwined when it comes to the value chain of data extraction.”