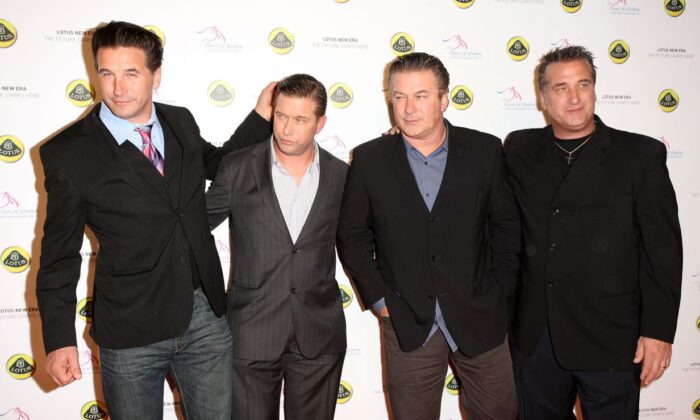 Daniel Baldwin, 61, claimed that his 63-year-old brother bears no responsibility for the incident, adding that Alec was “crushed” by the on-set shooting of cinematographer Halyna Hutchins.

“As someone who has fired more rounds on-set than all my brothers combined,” Daniel Baldwin said he was shocked by the violations of firearms safety protocols that allegedly occurred during the filming of “Rust” in Santa Fe County, New Mexico.

“It’s really, really apparent that Alec has no blame in this at all,” he said in an interview on the “Domenick Nati Show.” “A number of protocols that have been known to the public and known in this case exonerate Alec of any responsibility at all.”

Alec Baldwin has not been charged in the incident, although Santa Fe Sheriff Adan Mendoza told a news conference several weeks ago that charges cannot be ruled out. Mendoza and other authorities say that Baldwin fired the weapon, killing Hutchins and injuring director Joel Souza.

“There are things that went on that broke every rule I’ve ever known,” Daniel Baldwin said Tuesday. “These protocols are set up by these professionals that handle weapons and handle the safety of a set so that it could never come to that. So, rules were not followed.”

He also alleged that Alec Baldwin received the most attention due to his status as a high-profile celebrity—as well as his political viewpoints. In recent years, the actor portrayed former President Donald Trump on “SNL.”

“You know Alec’s got the name, though, doesn’t he, so let’s go ahead and take Alec for his political views … and let’s see if we can’t sensationalize this and go after Alec,” Daniel Baldwin claimed.

About a week ago, the head of lighting on for “Rust” filed a lawsuit Wednesday over the fatal shooting, alleging negligence that caused him “severe emotional distress” that will haunt him forever.

Serge Svetnoy said in the suit that the bullet that killed his close friend Hutchins, narrowly missed him, and he held her head as she died.

“They should never, ever, have had live rounds on this set,” Svetnoy’s attorney Gary A. Dordick said at a news conference Wednesday.

The lawsuit filed in Los Angeles Superior Court names nearly two dozen defendants associated with the film including Baldwin, who was both star and a producer; David Halls, the assistant director who handed Baldwin the gun; and Hannah Gutierrez Reed, who was in charge of weapons on the set.