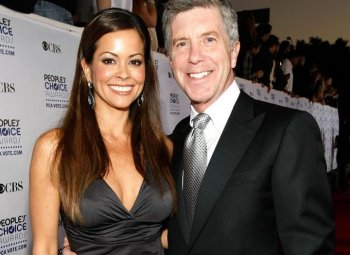 Brooke Burke (L) and Tom Bergeron are hosting the upcoming season of 'Dancing With the Stars'. The new cast of celebrity contestants will be announced on Monday night. (Michael Buckner/Getty Images for PCA)
Entertainment

‘Dancing With the Stars’ to Disclose Cast on Monday Night

Alex Johnston
View profile
Follow
biggersmaller
Print
"Dancing With the Stars" is set to announce its list of celebrity contestants on Monday night during an episode of ABC’s "Bachelor Pad."

After the cast members of the upcoming season are disclosed, a list will be posted on ABC’s website, according to Broadway World.

ABC has not confirmed that any of the aforementioned celebrities will be on the show.

In the meantime, viewers can vote for the best dance teams via phone or ABC’s website as they are revealed on Monday night. AT&T customers can text “VOTE” with a number that relates to each dance team.

Like American Idol, Dancing with the Stars has become a juggernaut in terms of TV ratings. The show is based on the international show “Strictly Come Dancing,” which also became extraordinarily popular.