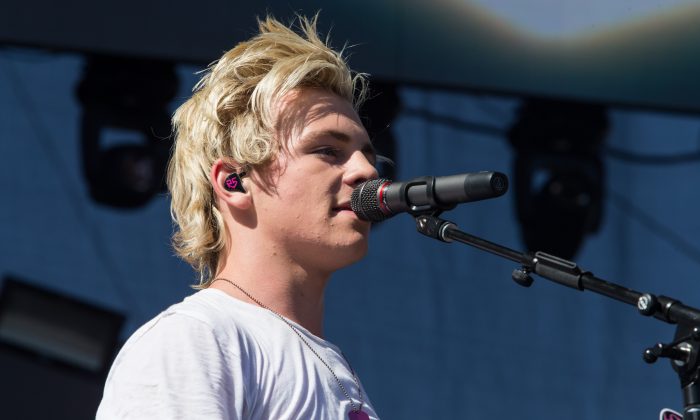 Ross Lynch of R5 performs on stage at 102.7 KIIS FM's Wango Tango at the StubHub Center on Saturday, May 10, 2014, in Carson, Calif. (Photo by Paul A. Hebert/Invision/AP)
Entertainment

Dancing With the Stars season 19 is almost over and the rumors have started on the contestants for season 20. And the first one is about a cousin of Julianne Hough.

Ross Lynch, 18, perhaps best known as Austin Moon on Disney’s Austin and Ally, might join the show, according to a new report.

The Teen Beach Movie actor has been targeted by producers, who are just waiting for him to agree.

“They have asked him and the offer is always on the table,” a source told Hollywood Life. “He has said ‘no’ so far but they will keep asking him. It’s all up to him.”

Lynch being part of the Disney/ABC family is a big plus, as is being related to judge Julianne Hough and professional dancer Derek Hough.

“Ross! He would be amazing. He would do really well,” Julianne said.

“Any of the Lynch’s would do amazing. All of my cousins!”

The report claims that the other members of R5 could be up for spots as well.

It also notes how the busy actor was just in the audience for the last episode of Dancing With the Stars on November 17 along with big brother and bandmate Riker, 23.

There don’t appear to be any other rumored contestants as of yet, although ABC is expected to renewed the popular show for a season 20.