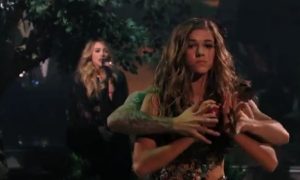 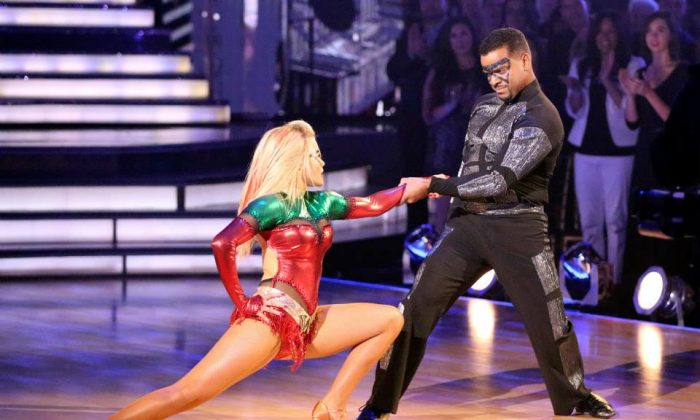 Dancing With the Stars is a lot tougher than it looks, Alfonso Ribeiro says.

The former Fresh Prince of Bel Air star, who is considered one of the favorites to win, says that the show is taxing on contestants’ bodies.

“I knew it was going to be grueling. And even from the beginning, I felt like, if my body could hold up, I feel like I could make it all the way. I didn’t figure it would break down as early as it did,” he told TVGuide.

Ribeiro was injured several weeks ago and has been having trouble recovering.

“I feel like I can’t do 100 percent. I can’t get it to that next level. I feel like I’m delivering 85 percent rather than 100, because I know that if I go harder then I’m going to injure it more. I have to give it half energy until performance night, and then I turn it up,” he said.

“The difference is that, anytime you do something where you don’t have the ability to know what that turning up feels like ahead of time, when you get on that stage for performance, it’s unknown. So there’s a little bit of discomfort in that. … When you have a tear in your groin, it’s not comfortable to take steps.”

Because the teams practice almost constantly, for many hours each day, the treatment is ongoing and often lasts late into the night and is unique.

“We’re not able to do physical therapy yet, because the physical therapy would actually tire the injury out too much, to where I wouldn’t be able to dance. … I do this thing called Cryotherapy. I go into this chamber. It’s 220 [degrees] below zero and it basically removes all the swelling out of your body,” he said.

“And then I’ve been doing a lot of treatment with massage but not necessarily just straight massage. It’s really just physical therapy without working the muscle on my leg. It’s a lot of little stuff.”

He said that sometimes the treatment will last until 10:30 p.m.

Fortunately for Ribeiro, his team has been doing so well that the injury hasn’t really been noticeable.

He and Witney Carson are at the top or near the top of the leaderboard each week, and have yet to be in serious jeopardy of beings sent home.