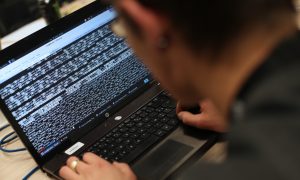 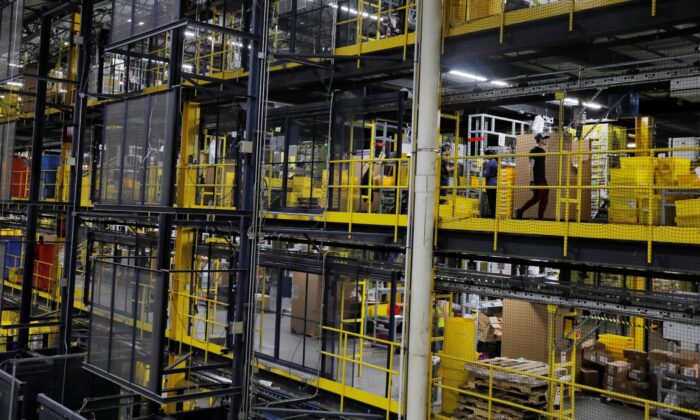 Amazon workers perform their jobs inside of an Amazon fulfillment center on Cyber Monday in Robbinsville, N.J., on Dec. 2, 2019. (Lucas Jackson/Reuters)
US

Cyber Monday was set to garner up to $12.7 billion in online sales, according to industry estimates, surpassing Black Friday’s digital numbers as U.S. retailers enter the last lap of an extended holiday selling season.

Retailers have given shoppers nearly two months of offers since Amazon.com held its Prime Day in October, as they sought to be competitive and recoup the sales lost in this year’s coronavirus-driven closures of malls and other stores.

Latest estimates from Adobe Analytics showed this year’s conclusion to Thanksgiving weekend promotions would, however, still be the largest online sales day in history, with spending between $10.8 billion and $12.7 billion.

Even with discounts starting much earlier and more broadly this season, Adobe’s survey showed that 56 percent of consumers still believed that retailers were saving the best discounts for Cyber Monday.

“While I anticipate another year of discount chicken—where consumers hold out for deeper and deeper discounts throughout the season … Cyber Monday should (still) offer a great opportunity to make a big dent in holiday shopping,” said Rob Garf, VP of strategy and insights at Salesforce.

Traditionally, Cyber Monday starts with people, fresh after a long weekend, scouring for discounts online at work and driving another big day of promotions.

However, the popularity of event shopping days has faded with the emergence of online shopping and cheap deals throughout the year from retailers including Amazon and Walmart Inc, with the health crisis this year also playing with shopping patterns.

The tent pole shopping event of Black Friday, which pulled in record online sales of about $9 billion, according to Adobe, saw shoppers turning up in smaller numbers at stores as they utilized the early deals and avoided stepping out into large crowds.

This year’s Cyber Monday saw not just online sellers such as Amazon offer steep discounts for its own brands, including Fire TV stick, Echo devices, and other electronics like PlayStations and roombas, but also brick-and-mortar stores such as Lululemon, Athletica, and Best Buy provide online deals.

Apple also held a four-day event on its website ending on Monday, offering gift cards of up to $150 on purchase of certain products.

“Consumers will likely take advantage of the best discounted items today … before price levels start creeping back up throughout the rest of the season,” said Adobe Digital Insights director Taylor Schreiner.