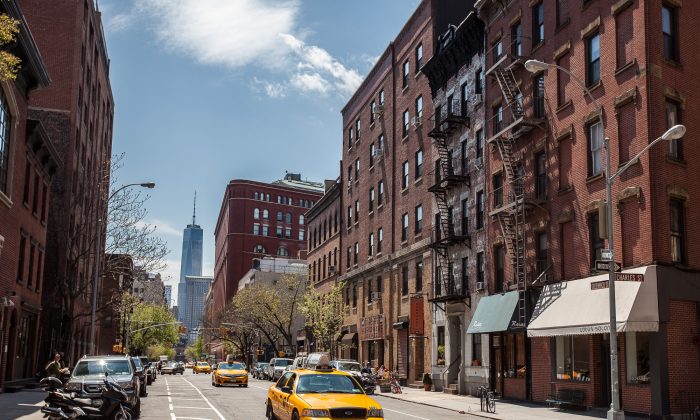 A New York story: Spotted owls and the migration from artist to entrepreneur
By Jeff Einstein
biggersmaller
Print

New York City was already polarized by the time I returned in the late 1970s.

The polar extremes back then were represented in popular culture by the privileged gentry (and those who aspired to join the privileged gentry) of the Upper East Side at the top end. The bohemian artists (with aspirations more attuned to the quest for cheap rent) of Greenwich Village populated the bottom end.

Perceptually, those with money lived north of 14th Street in elevator buildings while those of us without it lived in walkups south of pre-Zeckendorf Union Square.

And the rise and fall of these neighborhoods have followed a recurring pattern since.

Age of the Classifieds

Back then no one ventured east of Avenue A in the East Village or west of Eighth Avenue in Hells Kitchen at night, and most folks still read the news in the morning editions of the Times, the Daily News, the Post, and Newsday. Still vital and fat with classifieds, The Village Voice on Lafayette appeared at newsstands each Wednesday as the intellectual alternative for the huddled masses, and farther downtown the Bintel Brief still counseled its fair share of loyal Yiddish readers in the Jewish Daily Forward.

Right next door to the Forward on the corner of East Broadway and Rutgers was the Garden Cafeteria, long the watering hole for socialists, communists, and Jewish intelligentsia alike, and just a bissel (Yiddish for “a little”) farther north on Delancey Street Ratner’s served up a soul-stirring potato soup with challah onion rolls to a Jewish clientele almost as old as some of the waiters, renowned mostly for their legendary disregard: “Who wanted the clean glass?” The outdoor pickle vendors on Essex Street stamped their feet to stay warm on cold winter days, and Bernstein’s on Essex was by then already less Jewish deli than kosher Chinese (wontons instead of kreplach).

By the mid-1980s the electronic spreadsheet had become the corporate tool of choice. Along with it came the Wall Street culture and the first early rounds of high-tech investment capital.

The onslaught of so much new money upset the old order: the Upper East Side lost its allure as a moneyed enclave and the bohemian artists of Greenwich Village got priced out and pushed eastward in search of affordable rents—alongside the young professionals hot in pursuit of the high-tech investment dollar.

East to Avenue D in the East Village, west to the West Side Highway in Hells Kitchen (now Clinton), then south across Houston to the Lower East Side, east again into Williamsburg and other Brooklyn neighborhoods, eastward into Queens and now northward into Upper Manhattan and the Bronx: a youth movement of historic proportions, all fueled by a billion microchips and a Wall Street culture that reflected its spreadsheet pedigree, a tyranny of speculation and efficiency.

Fade out, fade in. Ironically, New Yorkers with money now live south of 14th Street and all the best real estate deals are on the Upper East Side.

Those with artistic sensibilities migrated from paintbrush and canvas to paint program and screen and morphed from starving artists into starving entrepreneurs. Sure enough, we became the tools of our tools, and journeys that once started in Greenwich Village are resolving these days in the bowels of Brooklyn and eastward in Queens.

Looking back, they’re all gone now. The Garden Cafeteria and Ratner’s and pickle vendors and Bernstein’s on Essex Street of my early adulthood—all gone. Gone too are the socialists and the communists and the Jewish intelligentsia of the Lower East Side.

The newspapers still survive as anachronistic shells of their former selves, victims of a culture whose dominant characteristic is HDTV with screens of all sizes everywhere. Intelligentsia—like democracy—withers and dies in a screen culture, neglected to death in late-night dayparts designed first and foremost to sell political attack ads and antacids.

Not long ago I discussed the demise of newspapers with an old publishing warhorse. He cited all the usual suspects: the costs of ink and paper and labor and distribution, not to mention the plethora of cheap news online and elsewhere.

True, perhaps, but far from complete: more than a small part of me remembers the 20 or 30 minutes of quiet, contemplative time spent each morning with a cup of hot coffee and the newspaper.

The demise of the great American metro dailies was less about rising costs and disintermediation and more about the loss of time and the more contemplative lifestyle it nurtured. It’s what happened when we started to live our lives with the quickest route box checked by default in reactive pursuit of tool-driven efficiency.

Jeff Einstein sells and leases NYC residential real estate as a top producer for The Modern Group on Madison Avenue.