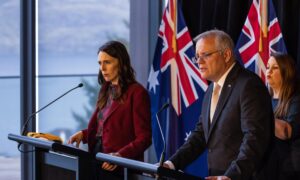 Australia, NZ Present United Front on China, Warning Against 'Those Who Seek to Divide Us'
0
Share Now
TelegramFacebookTweetEmailTellMeWeReddit
Copy Link 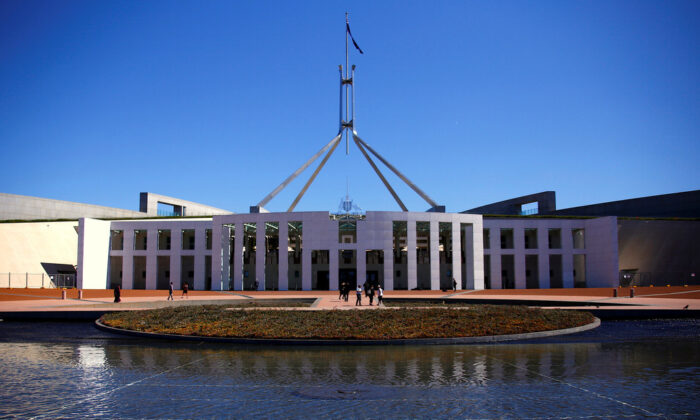 A culture of consensus held back the Australian Public Service from recognising, and acting, on the threat posed by the Chinese Communist Party (CCP), leading think tank experts argue.

Peter Jennings of the Australian Strategic Policy Institute said there was a “remarkable degree of conformity” within the debate in the public service, particularly around foreign affairs.

“There’s not a lot of warmth or welcome towards people who challenge that conformity. You could argue that perhaps that’s a product of the design of the federal capital, which means that foreign and defence policy is very much a public service business inside the Australian Capital Territory and that, unlike Washington or London, it’s not troubled by a broader exposure to a range of views,” he told the Senate Standing Committee on Foreign Affairs and Trade.

“I have found that it’s not so much a search for plurality and diversity of view as there’s a rather deadening hand of consensus on a lot of Australian policy thinking. Never was that more true than with regard to China,” he added.

Jennings said the culmination of events around CCP interference came as a “real shock” to Australians and took half a decade before the country could have a “more open conversation” on the issue.

The Senate Committee is holding an inquiry into research funding in foreign policy in Australia and is examining how the government can better engage with universities and think tanks.

Appearing before the Committee on July 7 were representatives from the Canberra-based Australian Strategic Policy Institute, Australian Institute of International Affairs, and the Sydney-based Lowy Institute.

One of the key themes to emerge was the need for more diverse expertise around strategic issues in the Indo-Pacific region outside of the government and public service.

Michael Fullilove, executive director at the Lowy Institute began by commending the public service saying Australia was “well served” by global standards and that resistance to outside advice had lessened.

However, he noted that the general public for years was actually ahead of the curve when it came to China.

“When the Lowy Institute was established, columnists in the newspapers made assumptions about what Australians think about foreign and defence policy. It was not necessarily backed on opinion poll data,” he told the Committee. “On China, for example, Australians have been ahead of much of the elite opinion.”

“People have sort of referred to Australia as the canary in the coalmine.”

Australian Chinese dissident groups have worked for almost two decades to raise public awareness around the threat posed by the CCP.

However, in 2015, a confluence of factors compelled the Australian government to shift its stance on Beijing and adopt a more assertive policy platform towards the communist regime.

Jennings called for a body within the Australian Public Service that could constantly challenge current policy settings and ask the “difficult questions.” He also said the government should encourage more competition of ideas and advice from external sources.