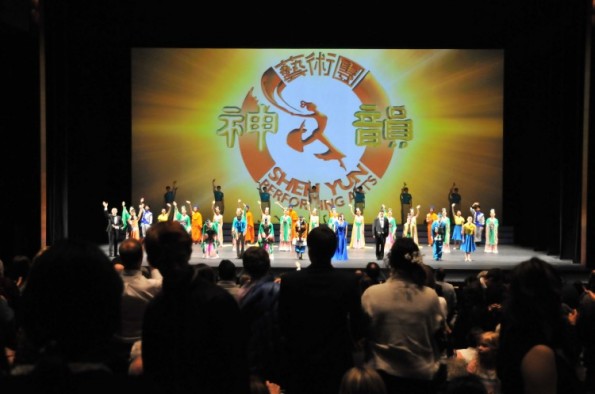 EDMONTON—After the local hosts of a classical Chinese dance company raised complaints in the media about professional misconduct at the Southern Alberta Jubilee Auditorium, Alberta’s Minister of Culture and Community Services Heather Klimchuk responded by cancelling the group’s future performances at both province-operated Jubilee auditoriums.

Shen Yun Performing Arts has performed in Calgary each year since 2007. But after the Calgary Falun Dafa Association, which presents the performances there, went public on April 16 with ongoing complaints about how the performers were treated, Minister Klimchuk informed the group that it should look for other venues at which to perform.

“The Shen Yun Performing Arts show carries a tremendous reputation in our province; however I must request that you find other venues for future bookings, including your 2013 dates at the Northern and Southern Alberta Jubilee Auditoria, which have now been released,” she stated in a letter to the group.

Klimchuk said she was concerned that the presenters brought their complaints to the public.

However, Jenny Yang, a spokesperson for the presenting organization, said in a statement that going to the media was resorted to only after repeated requests for a meeting with someone from Alberta Culture failed.

“The Southern Alberta Jubilee Auditorium is a taxpayer-funded venue whose purpose is to serve the public and enrich the cultural experience of Albertans. When a world-class arts company feels that it can no longer perform in Calgary due solely to the conduct of auditorium management, we believe that is an issue in the public interest. We informed the media of the situation only after our repeated requests for meetings failed,” Yang said.

“That the Minister would act punitively against us for raising a public issue to the media is unbecoming of someone in her position. This is all the more true of performances in Edmonton, which are hosted by our sister organization, and where there are no complaints concerning the Northern Alberta Jubilee Auditorium.”

Problems began in 2010 when Shen Yun managers noted deteriorating professionalism from auditorium staff. During performances this April, a severe technical malfunction marred one show, while a male stage crew member opened a loading dock door that was acting as a wall for a changing room, exposing the young women changing inside to several male crew members.

“When confronted over these and other lapses, auditorium management was condescending and unapologetic. For several years, the theatre has also refused to compromise on the placement of an intrusive orchestra pit safety net that impedes the performance,” the statement says.

In a letter to the presenters, Klimchuk said she was not notified of problems, but the Calgary Falun Dafa Association says it requested a meeting with the Minister of Culture nearly a dozen times since 2010.

“The Government of Alberta should be accountable for what happened in the theatre. We have been requesting a meeting with officials in the ministry for years to address our valid concerns but have been ignored. We felt we had no choice but to raise these issues with the public,” said Yang.

Yang said the presenters attempted to meet with the minister after Jubilee manager Katherine Huising refused to discuss the issues.

“We are requesting that the Southern Jubilee Auditorium apologize to Shen Yun for the misconduct, invite them to return, and to remove the net over the orchestra pit for future performances,” she added.