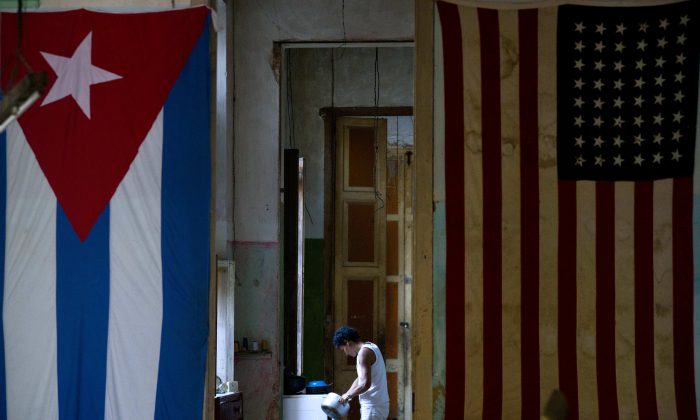 A US flag and a Cuban flag hang from the wall in the home of actor Armando Ricart while a neighbor cleans a pot in Havana, Cuba, on Nov. 8, 2016. (AP Photo/Ramon Espinosa)
International

Cuban President Raul Castro has congratulated Donald Trump on the election victory, in what appears to have been a terse message to the man who could roll back two years of detente.

In a single-sentence statement, Cuba’s foreign ministry says Castro “sent a message of congratulations to Mr. Donald J. Trump for his election as president of the United States.”