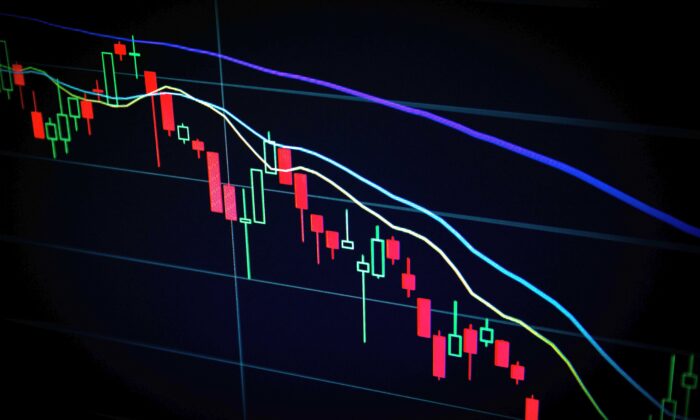 A non-fungible token (NFT) from the “Cryptopunks” series has reportedly changed hands for just 55 Ether, having previously sold for several times that amount last October.

While the paltry sum fetched by the resale of Cryptopunk #273 is only one example, it is not alone in attracting negative returns. In recent months, there have been a number of high-profile NFT flops, indicating an increasingly bearish NFT market after a lucrative year in 2021.

Among the most infamous recent losses in the NFT market is the flop of another high-profile token last month: An NFT of Twitter co-founder Jack Dorsey’s first ever tweet, which auctioned for an embarrassing $280 a little over a year after selling for $2.9 million. The NFT’s owner, Iranian entrepreneur Sina Estavi, had hoped to sell the token for $49 million, but now appears on track to lose the overwhelming majority of his initial investment.

Such high-profile losses are complemented by signs of cooling in the broader NFT market. An analysis by NonFungible published earlier this month concluded that the number of active NFT wallets had declined by 88 percent to only 14,000, after reaching a high of 119,000 last November. Sales of NFTs declined by 92 percent, from a September high of 225,000 sales per week to just 19,000 recently.

For crypto skeptics, the possible collapse of the NFT market is unsurprising. However, there are a number of specific factors which may account in part for the diminishing returns of these assets.

As the Federal Reserve has moved to hike interest rates, markets have responded by shying away from perceived high-risk assets. Among the highest-risk assets on the market are those affiliated with blockchain: Cryptocurrencies and NFTs, both of which have suffered since the Fed began its regimen of rate hikes (in the last six months, the value of Bitcoin has fallen by over 50 percent).

For an industry that relies so heavily on buzz and enthusiasm, the notion that the market could be in decline is a dangerous one. Crypto enthusiasts have accused media coverage of major NFT losses as spreading “FUD” (fear, uncertainty, and doubt) and sabotaging the market by affecting investor sentiment.