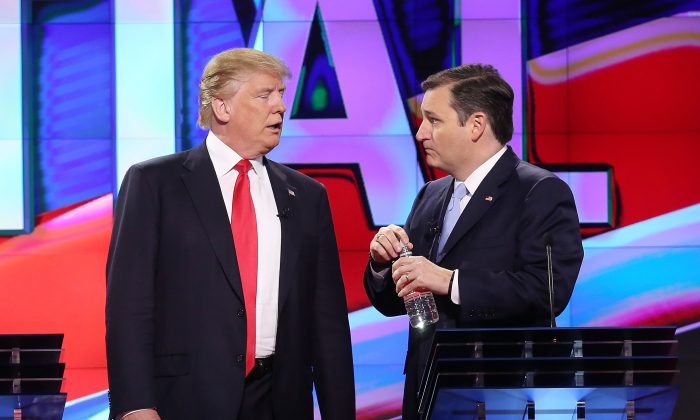 On March 24, the two leading candidates on the GOP field, Donald Trump and Ted Cruz, continued their feud on Twitter about their wives.

Trump retweeted a split picture showing his wife Melania and an unflattering picture of Cruz’s wife Heidi with the comment “A picture is worth a thousand words.”

Ted Cruz answered the tweet saying “Donald, real men don’t attack women. Your wife is lovely, and Heidi is the love of my life.”

Donald, real men don’t attack women. Your wife is lovely, and Heidi is the love of my life. https://t.co/pprXhIMzUT

The day earlier Heidi Cruz gave a press conference while campaigning in Wisconsin and said that the things Trump and others say are “not based in reality.”

The feud and comments come as the Trump and Cruz campaigns run neck and neck in the upcoming Wisconsin primary on April 5, according to at least one recent poll.