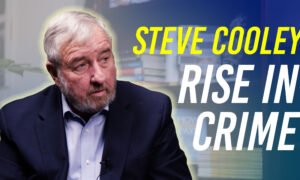 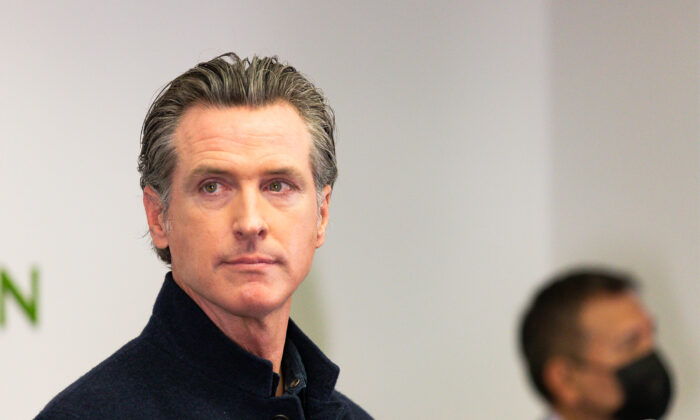 A newly approved California bill seeking to reduce the spread of retail theft is being slammed by critics, with some accusing Gov. Gavin Newsom of enabling crime.

“In Los Angeles County alone homicide rates are up 95 percent this year,” said Rescue California campaign manager Anne Dunsmore in a July 21 statement. “He has dismantled the criminal justice system and blames local jurisdictions while rendering them helpless in the fight against crime. He says he is an advocate for public safety, but his policies are literally killing innocent people. He blames it on gun laws, yet California has the most restrictive laws in the nation. Los Angeles alone has experienced a 111.9 percent increase in criminal homicide over last year, yet he says that California is the best place to live and do business.”

Her comments were in response to a bill Newsom signed July 21 that seeks to reduce the spread of retail crime.

Prior to signing the bill, the governor held a press conference to discuss the bill with more than a dozen mayors and police chiefs of the state’s largest cities.

“We’re here … to highlight the issues that our retail community is facing,” Newsom told reporters July 21. “This is not new to the state of California. … We’ve been organized in a very deliberative manner to address the issue of organized retail crime for a number of years. That said, we are doubling down on those efforts today with this bill.”

The governor said the rise in crime is not always due to individuals looking to steal, but rather organized crime rings.

Assembly Bill 331 will expand the California Highway Patrol’s (CHP) retail crime task force to focus on geographical areas of high retail crime, including the Bay Area, San Diego, and the Inland Empire. Under the bill, a CHP tip line will be established for the public to report retail crimes.

Newsom said that “millions of dollars” were put into the state budget in anticipation of the successful passing of the legislation.

Critics of Newsom and proponents of his impending September recall election say he has done far more to allow for the continuance of crime through lack of consequences for offenders than he has done to stop it.

Former Los Angeles County District Attorney Steve Cooley said that the introduction of Prop 47—which allows thieves to steal $950 worth without being arrested—is the cause of the spike in retail crime.

“This cliché-ridden press conference did nothing to address the theft crisis, organized or otherwise, plaguing California,” Cooley said in a statement following Newsom’s press conference. “Newsom and his DA appointee George Gascon, and their ‘baby,’ Prop 47, are at the very root of California’s crime problems including theft. Quite frankly, the whole thing was pathetic from beginning to end and an insult to all crime victims and law-abiding Californians.”

CHP Commissioner Amanda Ray said the reduction in illicit proceeds garnered from retail crimes will help stop the funding of other illegal activities.

“I’m extremely proud of the collaborative efforts of the task force members, the Department of Justice, and our local law enforcement partners,” Ray said during the July 21 press conference. “Organized crime retail theft has become a $30 billion criminal industry that often uses the illicit proceeds that they get from that to fund other crimes. Some of the other crimes that those monies are used for are vehicle theft, identity theft, human trafficking, and narcotics trafficking.”