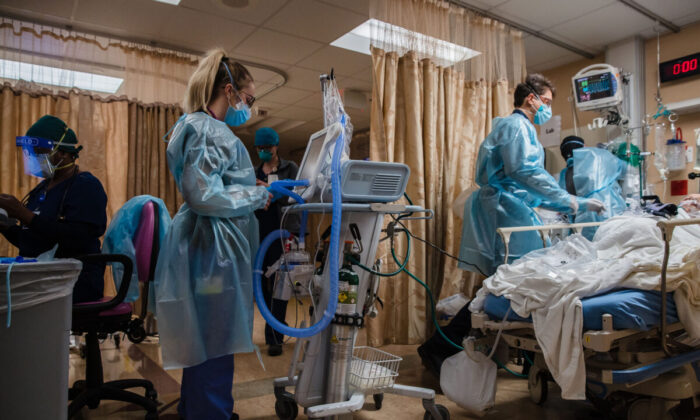 Critical Race Training in Education, a project founded by Cornell University law professor William Jacobson, has recently put online a new database on America’s most prestigious medical schools. The database finds that 23 of those 25 institutions maintain some form of mandatory student training or coursework related to CRT doctrines.

“The trainings can be targeted, such as a new requirement for a major or a department, or school-wide,” the website states, noting that the subjects of those trainings and coursework may be worded differently at individual schools, but usually use terms including “anti-racism,” “cultural competency,” “equity,” “implicit bias,” “DEI (diversity, equity and inclusion)” and critical race theory.

The database also observes that 17 schools have mandatory CRT training for employees. For example, Cornell’s Weill Medical College requires all faculty and staff to complete “anti-bias training” on an annual basis while it works to “introduce additional educational content related to racism, social injustice, and social determinants of health into the medical curriculum.”

In addition, 21 of the 25 listed institutions have offered their students materials such as books, talks, and articles by Ibram X. Kendi and Robin DiAngelo, two authors celebrated among proponents of CRT for their works on “anti-racism” and “white fragility.”

Inspired by CRT, which interprets American society through the lens of a power struggle between white and non-white people, the self-styled “anti-racists” believe that racism is woven into every aspect of American life and must be identified and confronted with “anti-racist” actions. In her 2010 paper (pdf) titled “Addressing Whiteness in Nursing Education,” DiAngelo argued that the question “is not ‘Did racism take place?’ but rather, ‘In which ways did racism manifest in this specific context?'”

“The direction of power between white people and people of color is historic, traditional, normalized, and deeply embedded in the fabric of US society,” DiAngelo wrote. “A key aspect of this emancipatory education process is to ‘raise the consciousness’ of white people about what racism is, and how it works.”

A long-time critic of CRT and the so-called “woke” movement, Jacobson said this leads to a dangerous path for medical education.

“When a patient presents for treatment, that person needs to be treated as an individual, not just as a member of some larger racial or ethnic group,” Jacobson added.

In an 86-page strategic plan, the AMA set out a three-year road map detailing how the advocacy group will use its influence to dismantle “structural and institutional racism” and advance “social and racial justice” in America’s health care system.

Part of its plan is to “expand medical school and physician education to include equity, anti-racism, structural competency, public health and social sciences, critical race theory and historical basis of disease,” reads the document, which is loaded with CRT vocabulary.