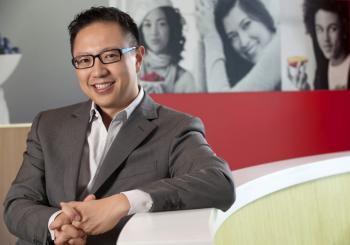 Creativity Is Recipe for Success at Red Mango

“I don’t know who said it but the best way to predict the future is to invent it,” says Dan Kim, founder of Red Mango, who takes the saying as his motto. The all-natural frozen yogurt retailer which started in South Korea in 2002 has been constantly growing, with over 70 current locations in the U.S. market.

Surrounded by the birth of health conscious movements at Berkley, Calif., and an advocate of healthy living himself, Kim was inspired to take his love of frozen yogurt and add a healthy spin to the popular dessert.

In a $2 billion frozen yogurt market, Kim has tried to differentiate his products by appealing to a more health-conscious clientele. “Whether it’s business or what customers want, I always try to do things that are progressive and innovative,” says Kim. “The only way we’re going to do that is to create something people are going to want.”

The success of the first U.S. Red Mango store, which opened its doors in Los Angeles in 2007, gave Kim the confidence to continue, eventually moving on to the New York and Seattle markets.

Red Mango distinguishes itself from other frozen yogurt chains by using all-natural, nonfat and gluten-free frozen yogurt, maintaining many of the benefits found in regular yogurt. A wide range of toppings includes fresh fruit and such delicacies as Ghirardelli dark chocolate or sliced almonds.

Kim hasn’t stopped at frozen yogurt however. His ambitious goals now include taking on another $2 billion market, the smoothie industry, in hopes of bringing to it a healthier approach. He just recently launched a menu composed of 22 different smoothies, all of which he concocted himself, using fresh fruit, his trademark frozen yogurt, and Stevia as a sweetener.

“It starts with my guess of what I think our consumers—the health conscious female would want, looking at the marketplace and seeing what’s popular and asking friends and families what they think. Inspiration comes from anywhere,” notes Kim.

For Kim, the best part of running the company is his involvement in the creative process.

“I’m very involved in anything that’s being innovated. Whether its products, our marketing materials or store design, everything is passed through me or created by me,” says Kim. “I’m proud of the fact that we represent health and healthy living. I want people to embrace that as much as possible.”

Kim characterizes his brand with what he calls the brand trifecta: health, taste, and style.

“Everything we do has to have these three elements in it. We’ve learned a lot along the way in terms of what works and what doesn’t work in terms of real estate and products and different tactics but underneath that is all health, taste, and style.”

He notes that the biggest challenge in building his company has been putting together a team of people who share his vision. “Trying to get people to sign up and be an advocate for your company whether it’s distributors, manufacturers, etc. [while] having zero stores and an idea,” recounts Kim as having been difficult.

In a competitive market, differentiation is crucial. In addition to the challenges of building a company, educating people on the health benefits of his products has taken time yet has been crucial in the success of the company.

“I think success has really been driven by our customer’s awareness and their interest in health. The availability of nutritional information has increased with various legislation and also the Internet being so accessible. People have just become smarter about health,” says Kim.

The core principles of what the company stands for penetrate through to the company culture. Kim says the culture of the organization is very health-conscious. “A lot of our employees embrace that. We’re very progressive and transparent and embrace change and innovation, we’re very open as an organization. We treat our customers as our number one priority and I think all of that is reflected in the way we market.”

Although Red Mango has enjoyed a great deal of success, Kim says he doesn’t think he’s reached the pinnacle.

“I don’t think I’ve gotten there yet." He notes he might think about it when “we become a well-established brand that everybody knows and we’ve been a successful as a well recognized concept in the space that we’re in—yogurt and smoothies.”

For now Kim is focusing his energy on the smoothie industry and making sure he has enough time to spend with his two-year-old daughter. He says his family has been very understanding with his busy schedule in terms of his time commitment and notes that his friends are always excited to be a part of something they can touch and feel.

“They’re very positive and they always give me great ideas,” says Kim.