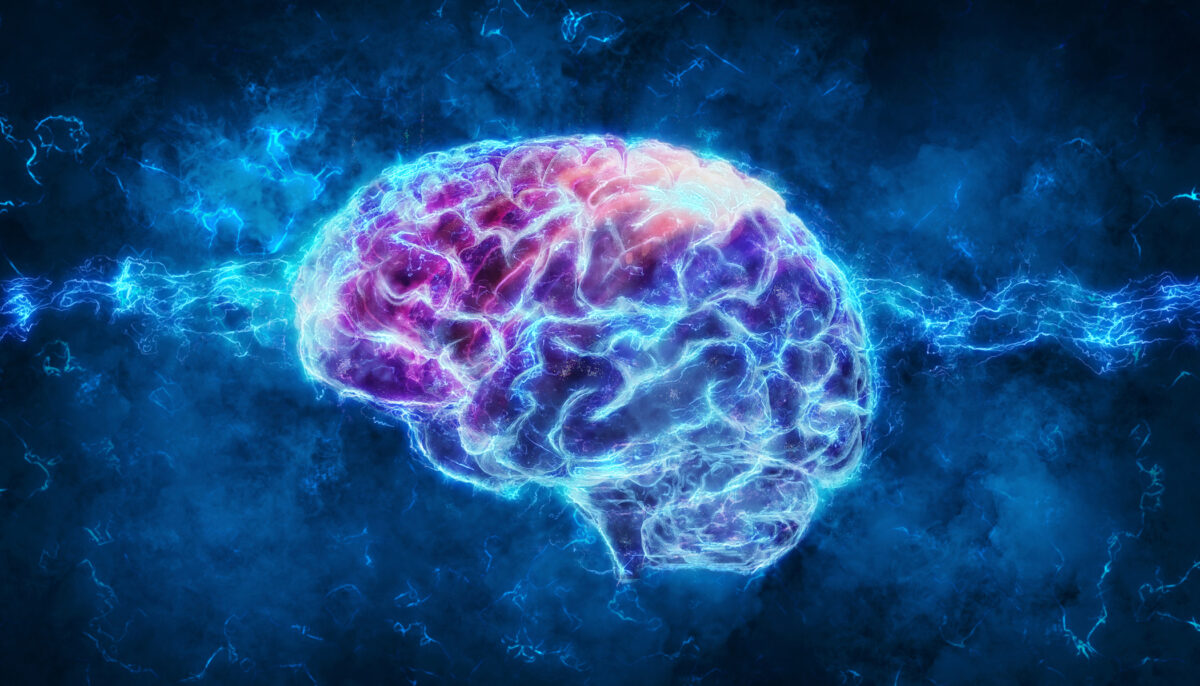 COVID-19 Can Make the Brain Age by 2 Decades; Here’s One Way to Reverse Aging

A new British study found that the original SARS-CoV-2 virus (i.e. Wuhan strain) can impair cognitive ability in a way equivalent to making the brain age by two decades. Currently, 67 percent of the world’s population has been vaccinated against the COVID-19 pandemic. Is it possible that the vaccines themselves also can cause aging damage?

Nevertheless, there’s no need to worry, aging is proven to be a process, and there is a way to help reverse that process.

The study was published in the journal EClinicalMedicine. Experts from the University of Cambridge and Imperial College London Medical School evaluated the cognitive effects of the COVID-19 infection in humans.

The research subjects consisted of COVID-19 patients who were hospitalized for severe illness between March and July 2020.

After these patients’ recovery from acute infection, the researchers conducted follow-up visits for an average of six months to analyze and evaluate their anxiety, depression, and post-traumatic stress. The researchers discovered a significant decline in the patients’ attention, complex problem solving skills, and memory, along with reduced accuracy, and prolonged reaction time.

These cognitive deficits are similar to the decline a person would experience between the ages of 50 to 70, which is equivalent to aging by two decades and losing 10 IQ points.

In addition, the recovery of cognitive ability is very slow in patients with COVID-19 infections.

Why does COVID-19 infection cause abnormal aging? Let’s first take a look at one concept.

“Epigenetics” is the study of these factors that affect genes being turned on or off. Specifically, one common type of gene switch—DNA methylation—can change the expression of genes, shutting them down and making them non-functional. Methylation is a somewhat complex biochemical process in the body, the important thing to remember is that it is one of the ways epigenetic takes place and a process by which genes get turned on and off.

As a result of DNA methylation, there are variations in whether the same genes can be expressed in different organs and at different ages, and the amount of expression.

Cells become senescent as we age. That means they stop dividing and enter a kind of stasis. Instead of dying off as they normally would, they persist, but change shape and size and secrete inflammatory molecules that cause other nearby cells to become senescent.

In an article published in Nature Reviews Genetics, Steve Horvath, a professor of human genetics and biostatistician at the University of California–Los Angeles, concluded that as people age and have more senescent cells, there are characteristic changes in the methylation status of human DNA.

Human beings experience birth, aging, illness, and death, which is now discovered by our scientists to be controlled by our internal epigenetic clock. This is similar to the observations that everything in our universe has its cycle of formation, stasis, degeneration, and destruction.

Horvath summarized the DNA methylation profiles associated with aging in an “epigenetic clock of aging.” While our years on Earth are our chronological age, how we live and inherent factors affect how long we will actually live, which is our biological age, or the age of our body. Biological ages can be estimated by using the methylation profiles of aging-related genes. In other words, scientists can focus on genes linked to aging and then look at how those genes are methylating and from this gauge how far along the person is in that process of degeneration and death.

These genetic focal points were carefully selected by scientists, independent of gender, body part, comorbidities, and other factors. And the results have been highly accurate, with a precision of over 95 percent in gauging a person’s biological age.

So, what factors can accelerate aging, i.e. epigenetic clock of aging?

A study conducted in Belgium was published in 2018 in the journal Aging. It found that the following factors accelerate epigenetic aging in humans:

This makes us wonder if COVID-19 infection can accelerate the “epigenetic aging clock.”

In addition, the epigenetic age acceleration in COVID-19 patients is related to the stage of the disease. The age acceleration is fastest during the acute inflammatory phase, when the body and the virus are in intense combat; and it is slightly reversed during the recovery phase.

Aging Can Be ‘Contagious’? Senescent Cells Cause 12 Major Diseases

Even after the infection is over, many people still have symptoms of “long COVID.” Is this related to the aging caused by COVID-19?

Epigenetic aging is seen in the graying of hair and loosening of teeth. However, on a cellular level, cells in the human body also gradually age.

“Cellular senescence” refers to a state of cell cycle arrest when cells are stressed, as well as the secretion of various inflammatory cytokines at the same time. In a paper published in Nature Aging, a Japanese research team stated that senescent cells do not die immediately, but instead, they spread inflammatory cytokines to nearby uninfected cells, causing more cells to senesce as well.

So, what are the effects of cellular senescence on our health?

Cellular senescence plays an important role in many age-related diseases, such as degenerative diseases of the nerves, eyes, lungs, and heart.

Do the COVID-19 Vaccines Also Cause Cellular Senescence?

However, the vaccines we are currently administering are still developed using the spike proteins of the old strain of early 2020, so is there a risk of accelerated aging?

The COVID-19 vaccines mainly express spike proteins in the human body. In a study published in the Journal of Virology in 2021, researchers from Saint Louis University in Missouri transfected spike proteins of the old strain into cells in vitro. It was later discovered that a large number of cellular senescence markers (including specific cytokines, interleukins, and specific enzymes, etc) were found in the spike-transfected cells, compared to the control group.

In addition, the spike proteins increase inflammatory factors, cause mitochondrial damage, produce misfolded proteins, and cause genomic instability, all of which accelerate cellular aging.

There Is a Way to Reverse Aging

Reversing aging sounds like a dream come true for everyone. We have already understood so many mechanisms related to aging, so is it possible to find a way to slow down or even reverse aging?

In fact, our daily diet, work habits, and lifestyle all affect the epigenetic aging clock. For instance, during high-temperature cooking, red meat produces glycosylated end products, which are associated with cellular aging; poultry and fish are relatively healthy; and the vitamins in fruits and vegetables help keep cells young, which can help slow down or reverse the aging clock.

In addition, an article published in 2017 in the journal Psychoneuroendocrinology, American and French scholars investigated whether or not sitting in meditation affects the epigenetic aging clock.

The study’s subjects were 18 individuals who had been meditating for at least 10 years and meditated for at least 30 minutes a day, and 20 non-meditators. They were divided into two groups: under and over 52 years of age, respectively. The researchers measured the DNA methylation in their blood cells for estimation of their epigenetic aging acceleration.

Gene expression is also associated with changes in our appearance, so meditators appear younger than their actual age. Furthermore, meditators also have younger brains.

The University of California Los Angeles and the Australian National University jointly published a study in 2016 in the journal NeuroImage. The study’s subjects were 250 meditators and 50 non-meditators, both groups with an average age of 51.4 years.

In summary, damage caused by SARS-CoV-2 to the human body speeds up the human epigenetic clock of aging and dumbs down the brain. Vaccines based on the old strains in 2020 may also harm the human body in this regard.

At least 67 percent of the world’s people have now been vaccinated; will people in the future get older more quickly? No. It is too early to conclude anything based on cellular data alone rather than human studies. However, the cellular data is a clear reminder for us to take precautions to prevent this.

Meanwhile, it is quite worrisome that when we discussed this topic during a Health 1+1 live broadcast on July 12 2022, quite a few audience members had commented that they themselves or their friends or relatives had become obviously older after receiving the jabs.

The good news is that aging is a long process. During this process, for example, we can develop the habits of healthy living, including eating well, exercising, and daily meditation, which can help slow down or even reverse the aging process, and furthermore bring us various positive health benefits, which will be detailed in future articles.