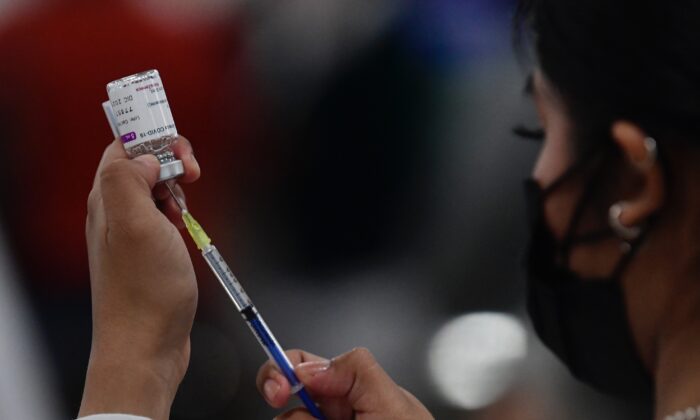 COVID-19 Vaccine Creator: ‘We Can’t Vaccinate the Planet Every 6 Months’

The creator of one of the most used COVID-19 vaccines in the world acknowledged Tuesday that it is “not sustainable” to continuously provide booster doses to people twice per year.

Speaking to The Telegraph in an interview on Tuesday, Andrew Pollard, one of the creators of the Oxford AstraZeneca COVID-19 shot, remarked, “We can’t vaccinate the planet every six months.”

Policymakers should instead try to “target the vulnerable” moving forward rather than providing doses to anyone aged 12 and older, said Pollard, who is also in charge of the UK’s Joint Committee on Vaccination and Immunization. More data should be gathered on “whether, when, and how often those who are vulnerable will need additional doses,” he continued.

It comes as some countries, including Israel, are starting or are considering the rollout of a fourth vaccine dose. On Monday, Israeli officials started offering the dose to all medical workers and individuals aged 60 and older.

In Israel, booster doses are connected to individuals’ COVID-19 vaccine passports, known as “green passes,” that are used to enter certain businesses. Authorities announced last year that green passes would expire if the person doesn’t receive a booster within six months of getting their second initial vaccine dose.

German Health Minister Karl Lauterbach in late December told public broadcaster ZDF that Germans “will need a fourth vaccination” for COVID-19 in the coming months, while authorities in the Netherlands remarked last week that they have purchased enough vaccine doses to provide three extra boosters through 2023.

“At some point, society has to open up. When we do open, there will be a period with a bump in infections, which is why winter is probably not the best time,” Pollard said in the Tuesday interview. “But that’s a decision for the policymakers, not the scientists. Our approach has to switch, to rely on the vaccines and the boosters. The greatest risk is still the unvaccinated.”

The UK, he added, should not blindly follow the booster policies that were implemented or are being currently proposed in Germany in Israel.

Since the heavily mutated variant was first detected in November, World Health Organization data shows it has spread quickly and emerged in at least 128 countries, presenting dilemmas for many nations and people seeking to reboot their economies and lives after nearly two years of COVID-related disruptions.

But more evidence is emerging that the Omicron variant is affecting the upper respiratory tract, causing milder symptoms than previous variants and resulting in a “decoupling” in some places between soaring case numbers and low death rates, a WHO official said Tuesday.