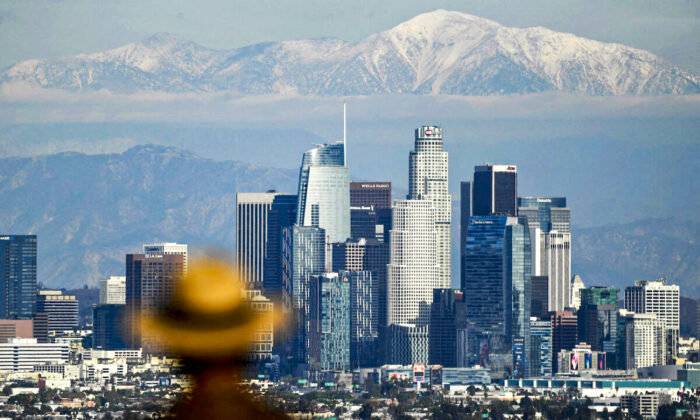 Conservative watchdog group Judicial Watch filed a lawsuit (pdf) in early October 2020 arguing that any spending of taxpayer funds or taxpayer-paid resources on the quota law is “illegal under the California Constitution.”

The lawsuit was filed days after California Gov. Gavin Newsom signed it into law. The measure required publicly traded companies to have a minimum of one director from an “underrepresented community” on its board by the end of last year and potentially more such directors by the end of 2022, depending on the number of members on a given board.

California’s Assembly Appropriations Committee has noted that AB 979 “will result in ongoing costs in the hundreds of thousands of dollars to gather demographic information and compile a report on this data on its internet website,” Judicial Watch stated in its complaint.

Judicial Watch stated in its motion for summary judgment (pdf): “Laws that explicitly distinguish between individuals on racial or ethnic, sexual preference, and transgender status grounds fall within the core of the prohibition of the equal protection clause.”

The group stated that the law’s quotas requirement is “immediately suspect and presumptively invalid and triggers strict scrutiny review.”

“Because it classifies directors by virtue of their race, ethnicity, sexual preference, or transgender status, AB 979 can only be justified by a compelling governmental interest, and its use of race and ethnicity must be narrowly tailored to serve that compelling interest,” the motion reads. “As Defendant cannot make these difficult showings, AB 979 is unconstitutional and any expenditure of taxpayer funds or taxpayer-financed resources in furtherance of, ensuring compliance … quotas required by AB 979 is illegal.”

“This historic California court decision declared unconstitutional one of the most blatant and significant attacks in the modern era on constitutional prohibitions against discrimination,” Judicial Watch President Tom Fitton said in an April 2 statement. “In its ruling today, the court upheld the core American value of equal protection under the law. Judicial Watch’s taxpayer clients are heroes for standing up for civil rights against the Left’s pernicious efforts to undo anti-discrimination protections.”

California’s governor, secretary of state, and attorney general didn’t respond to The Epoch Times’ requests for comment by press time.