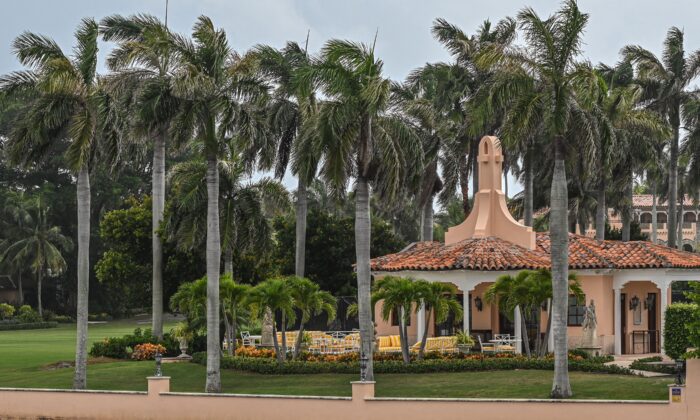 A federal court in Florida has removed the webpage for the judge who signed off on the FBI raid of former President Donald Trump’s home.

The page for U.S. Magistrate Judge Bruce Reinhart was taken down on Aug. 10, archived versions of it confirm.

“No information at this time,” the computer operations manager for the court, the U.S. District Court for the Southern District of Florida, told The Epoch Times.

A deputy clerk for the clerk did not pick up the phone or return a voicemail.

The page contained Reinhart’s biography, his email address, directions to the courthouse at which he works, the phone number for his chambers, the number for his deputy, and the names of the deputy and the judge’s law clerks.

The pages for all of the other magistrate judges for the court remain online.

Signed Off on Raid

Reinhart, who was appointed to his position by other judges, has confirmed that he was the judge who approved the FBI’s raid of Trump’s Florida resort, Mar-a-Lago.

The resort was raided on Aug. 8 by approximately two dozen agents, one of Trump’s lawyers told The Epoch Times.

Christina Bobb, the lawyer, said Reinhart’s name was listed as the approving judge on the search warrant agents gave to Trump representatives.

The warrant and the supporting materials, such as an affidavit outlining why the FBI was asking for a warrant, remain sealed. But Reinhart responded to requests to unseal the material, which identify the warrant as the one used to raid Trump’s resort, by ordering the Department of Justice to respond to the requests, indirectly confirming that he approved the warrant.

The government’s response to the requests to unseal, filed by nonprofit Judicial Watch and the Albany Times Union, may be filed under seal “to avoid disclosing matters already under seal,” Reinhart said in a brief order.

It has not yet been filed.

Neither the FBI nor the Department of Justice have explained why the raid took place. Lawyers for Trump say agents were looking for classified and presidential materials. Earlier this year, U.S. archivist David Ferriero told Rep. Carolyn Maloney (D-N.Y.), the chairwoman of the House Oversight Committee, that there were classified materials discovered in boxes of records that were transferred from Trump’s residence to the National Archives in January.

Reinhart was a trial attorney for the Department of Justice from 1988 to 1996, when he transitioned to being an assistant U.S. attorney based in West Palm Beach. He was involved with the prosecution of Jeffrey Epstein, who ultimately avoided federal prosecution in exchange for pleading guilty to a single state charge of soliciting a minor.

Shortly after the plea deal was reached, Reinhart left the government and spent ten years in private practice.

Among those he represented were Epstein’s housekeeper and pilots, according to court filings.

Reinhart’s wife, Carolyn Bell, is also a judge. She was appointed by then-Gov. Rick Scott, a Republican, to a state circuit court in 2018.

On the same page, Reinhart criticized then-President-elect Trump, taking issue with Trump’s criticism of Rep. John Lewis (D-Ga.), who has since passed away.

“I generally ignore the President-elect’s tweets, but not this one,” Reinhart wrote, adding later that he agreed with the statement, “Donald Trump doesn’t have the moral stature to kiss John Lewis’s feet.”