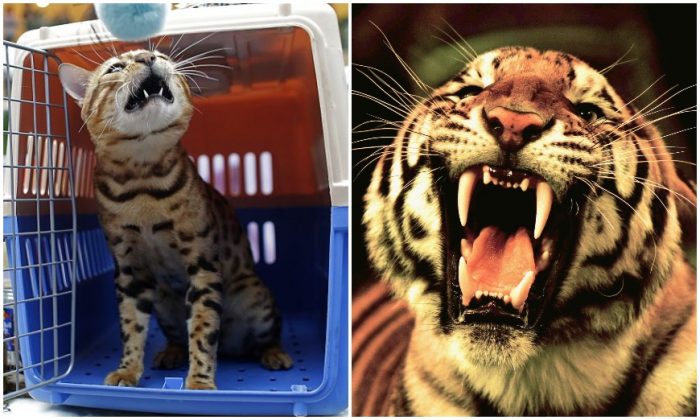 A suspected sighting of a tiger in Hong Kong—animals that haven’t been seen for more than 50 years in the former British colony—has been debunked as something far more pedestrian.

Authorities searched a country park after a couple called the police saying they had seen a tiger on Tuesday, March 6.

They described the animal as yellow and 3 feet long.

Police had to escort the couple downhill from Ma On Shan Country Park, reported the BBC.

They were suffering from shock and were sent to the hospital, Radio Television Hong Kong reported.

“They claimed the animal was yellow in colour and measured about 3 feet by 2 feet. They were worried, so they called police,” a police spokesman told the South China Morning Post.

The couple were later shown photos of feline animals and said one of a leopard cat was like the one they saw.

Leopard cats generally have yellow coats with dark markings similar to tigers and leopards, but are much smaller.

Dr. Michael Lau, a director at the WWF’s Wetlands Conservation department, told the BBC it was “highly unlikely” that the animal the couple had seen was a tiger.

“The South China tiger is probably extirpated from the region, plus the size of the animal is small and if it were a tiger it would be a cub, [meaning that] its mother would be nearby and likely signs of kills would be seen by people,” Lau said.

“Hong Kong also no longer has enough space to support tigers,” Lau added. “The last substantiated tiger sighting was in Shatin in 1947.”

Timothy Bonebrake of the School of Biological Sciences at the University of Hong Kong, said to the BBC, “the likelihood of it being a tiger is close to zero percent.”