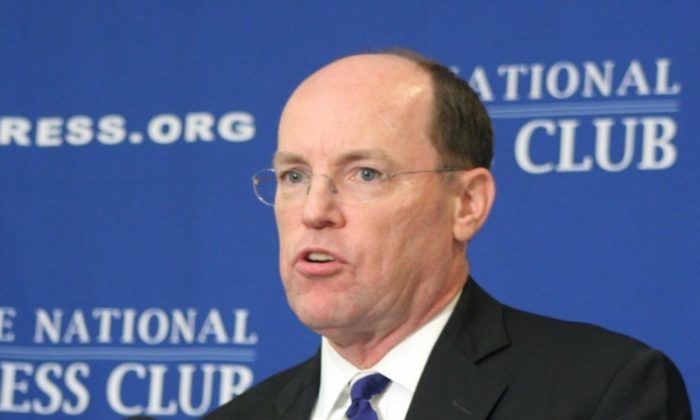 WASHINGTON—When investment bank Lehman Brothers filed for the largest bankruptcy in the history of the United States four years ago on Sept. 15, 2008, shock and fear spread throughout the global financial system. The underlying weakness of the financial system was fast becoming transparent. The collapse of other banks was imminent; ultimately the whole financial system was threatened.

There would be no government rescue of investment bank Lehman Brothers as there had been for Bear Stearns earlier that year. Panic followed the decision not to save Lehman. The federal government, with Treasury Secretary Hank Paulson from the Bush administration at the helm, set upon preventing the nation’s leading financial institutions from sliding into bankruptcy. Hurriedly, emergency measures were taken to avert another Great Depression. The federal government authorized $700 billion to stabilize banks under TARP (Troubled Asset Relief Program) passed in October 2008.

No doubt the country paid a heavy price—the worst financial crisis since the Stock Market Crash of 1929 and the worst economy since the Great Depression in the 1930s. But surprisingly, little research has been done to put a dollar figure on the full cost of the crisis that Wall Street indisputably played a leading role in creating.

A new report from Better Markets gathers data from several reputable sources, drawing on numbers from the Congressional Budget Office, Bureau of Labor Statistics, Census Bureau, and well-known economists Alan Binder and Mark Zandi, and comes up with a number. Better Markets is a Wall Street watchdog that “promotes and protects the public’s interest on Wall Street and through the financial reform process,” according to its website.

Dennis M. Kelleher, president and chief executive officer of Better Markets, Inc., said the cost of the financial collapse and economic crisis that followed is more than $12.8 trillion, and he said that $12.8 trillion is “very conservative,” and doesn’t include the human suffering, personal losses, and other costs that cannot be measured. He spoke by invitation at a National Press Club Newsmaker press conference, Sept. 15 when the report was released.

The $12.8 trillion figure is based on lost wealth due to reduced GDP and massive government deficit spending in response to the crisis. The report includes several items that Better Markets could not put a precise dollar figure to, including increased unemployment, stock market losses, and housing value decline.

Kelleher is a lawyer by training and a former senior staffer in the U.S. Senate. The report’s authors are Kelleher and two other lawyers. When asked at the press conference who did the research, since it wasn’t likely to be done by attorneys, Kelleher said it was their chief economist. Calls to Better Markets to obtain the identity of the chief economist went unanswered by press time.

As a consequence of the financial collapse and subsequent economic crisis, GDP declined beginning in 2007. Without the intervention and emergency spending by the federal government, GDP would have dropped even more, according to the report. For example, the Federal Reserve purchased, and will continue to purchase, mortgage-backed securities.

The extraordinary fiscal and monetary measures taken by the federal government to avoid GDP losses from 2008 to 2012 were estimated to cost $5.2 trillion in government deficit spending. The report adapted the model developed by Blinder and Zandi in “How the Great Recession Was Brought to an End” to arrive at the $5.2 trillion price tag. Totaling the $7.6 trillion and $5.2 trillion GDP figures equals $12.8 trillion in estimated and projected financial losses.

The unemployment rate soared to 10.2 percent in October 2009, the highest unemployment rate since the Great Depression. At the peak of the recession, 15.7 million people were officially unemployed, according to the Bureau of Labor Statistics (BLS). The current rate of 8.1 percent is still well above the December 2007 rate of 5.0 percent, the official start of the recession.

Currently, if you add the percent of the workforce who are officially unemployed plus the underemployed and discouraged workers who have given up looking, then the total number of people out of work is actually 14.7 percent, according to the BLS, which computes the U6 measure of unemployment. In numbers, this is 23.1 million Americans who are out of work. In October 2009, this measure peaked at 17.5 percent, or 26.9 million Americans.

“House values fell 34 percent from their peak in 2006 through 2011, representing $7 trillion in lost homeowner equity,” says the report, citing Federal Reserve data. Over 11 million homeowners own homes that are now underwater—worth less than their mortgage, and at least 3.7 million homes have been foreclosed on since 2008.

The stock market fell by more than 50 percent in just 18 months. From October 2007 to March 2009, the market saw $11 trillion in “evaporated wealth.” It’s true that the market has mostly recovered, but many investors liquidated their holdings during the crisis out of panic, needing the funds, or seeking safer investments. These less fortunate ones sustained permanent losses.

Trillions of dollars were spent to guarantee or bailout the financial system and respond to the economic crisis, to prevent the full collapse of the financial system and another Great Depression. For example, the report highlights a $3.7 trillion federal guarantee of the money market industry, which stopped a run on those funds. The result of numerous stopgap measures to rescue the system has been a dramatic increase in the annual budget deficit to $1 trillion plus, and the national debt is now slated to reach $8 trillion by 2018.

This report was not an academic exercise. The investigation was led by Washington lobbyists for financial reform and regulation of Wall Street. They say they hope that by providing the true costs of the financial and economic crisis, a sense of urgency will arise to reduce the likelihood of another financial collapse and economic crisis.

Kelleher charged that Wall Street and its allies are attempting to change the debate from the financial crisis (and their role in causing it) to the alleged harm of financial reform laws. He favors the Dodd-Frank financial reform law enacted in 2010. They don’t want to see the Volcker Rule invoked, which will end their enormously profitable proprietary trading, he says. Kelleher says that financial reform is necessary to place limits on reckless trading and investment activities that are most risky for taxpayers.

“Since the Dodd-Frank Act passed, Wall Street and its allies have waged a battle to kill or weaken reform on every front: advancing new bills to repeal all or part of financial reform…,” says the report.