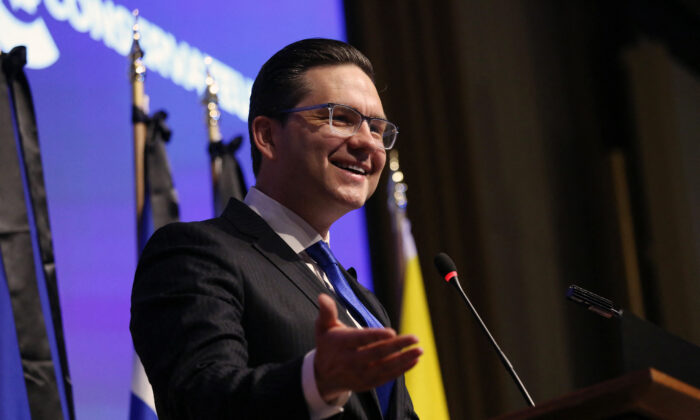 Cory Morgan: With Poilievre’s Win, Counting on a Divided CPC No Longer a Winning Strategy for Liberals

Leadership races can be dangerous affairs. They can be unifying party-building exercises that expand support across the country, or they can tear a party to shreds from the inside. The 2022 Conservative Party of Canada (CPC) leadership race was of the beneficial kind of offering, not just a victory for Pierre Poilievre but for the party as a whole.

Few were surprised by Poilievre’s first-ballot victory in the leadership race. His campaign made waves across the country with packed rallies of enthusiastic supporters in every region. Jean Charest ran a solid campaign but just couldn’t get a strong momentum going, while the rest of the field of candidates struggled to garner notice. Nobody foresaw a 68 percent first ballot blowout for Poilievre, especially under the regionally weighted point system used for the race.

The Liberal Party has been the beneficiary of a divided, unfocused CPC for years, but they can no longer count on that to win elections. The CPC is more united than it ever was, and Poilievre did it through a well-run campaign of unapologetic conservative policies. Charest’s centrist approach garnered a mere 16.1 percent support.

Poilievre is not taking his solid party endorsement for granted. His victory speech was conciliatory as he reached out and thanked the other competitors in the race. Charest said in response to the results: “You deserve a clean slate and the opportunity to unite the membership. We must end the internal mudslinging. Only Liberals benefit from a divided CPC.” While it’s unlikely Charest will stay around and pursue a seat in the House of Commons, it’s clear he has no intention to try and undercut the new leader, either.

Liberal hopes of a CPC wracked by internal turmoil have been dashed. There’s no large, discontented faction within the CPC for opponents to exploit.

In the 2020 CPC leadership race, the party celebrated a record-breaking 270,000 memberships sold. In this 2022 race, contenders for the leadership sold 675,000 memberships, setting a new record for any party in Canadian history. Not only does this demonstrate incredible momentum, but it also provides the party with a huge asset in preparation for the next general election: 675,000 potential donors, volunteers, and lawn sign placements all ready to be tapped.

Without party division to take advantage of, opponents of the CPC are sure to move on to trying to paint the party as being governed by extremists and diving deeply into identity politics. Poilievre has already moved to blunt those attacks, having his wife, Anaida, take the stage before him for the victory speech at the leadership event. It wasn’t an act of tokenism, as Anaida proved herself to be a bright orator speaking in no less than three languages while onstage. We can assume, though, that Poilievre also wanted to remind Canadians that as a man married to a woman of Venezuelan origin, he would make a terrible white nationalist.

Poilievre showed no signs of pivoting or softening up in his speech. His focus remained on individual freedoms and the economy. He is betting that the brand of populism that won him such a solid mandate as the CPC leader will win him the support of the country in the next election. He very well may be right.

Justin Trudeau is no longer the flashy, young new leader promising sunny ways. His government is appearing tired and lacking inspiration. Despite polls consistently indicating that Canadians are most concerned with inflation and the economy right now, Trudeau insists on keeping his focus on expensive policies ostensibly modelled to battle climate change and the COVID-19 pandemic. But citizens are worried about how they are going to make their mortgage payments and energy bills—they don’t have time for the woke-style virtue signalling that Trudeau continues to offer. Poilievre is offering economic relief and it will resonate with voters stressed by a bleak economic outlook.

The Liberals will now have some soul-searching to do. Will they try to replace Trudeau before the next election? Trudeau’s style of leadership is fine when we can afford it, but now the nation needs to get serious. The sharks are surely circling within the Liberal Party as ambitious members start unofficial, internal leadership campaigns. In something of an irony, the CPC leadership outcome may create party division within the Liberals.

We still may be more than three years away from the next federal election. That can be an eternity in politics. As things stand today, though, the CPC under Pierre Poilievre clearly has the wind in its sails. The party couldn’t have asked for a better outcome from a leadership race that could have left it divided.

Under Poilievre, the Conservatives are ready to hit the ground running.