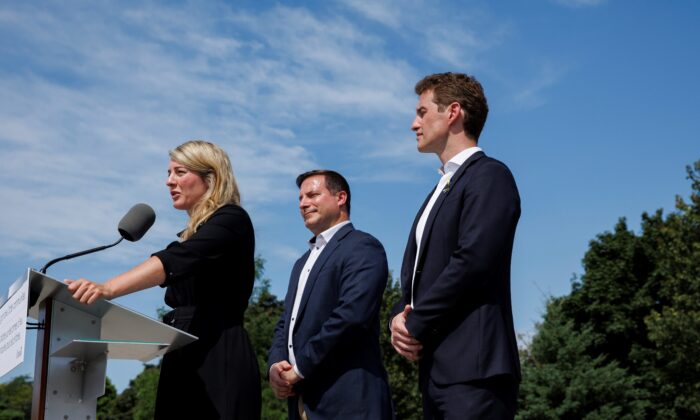 An order-in-council (OIC) is a legislative tool used in parliaments to enact an action or regulation without having to go through all the steps formally required to pass a bill or motion in Parliament. It is accepted that the government cabinet can use this tool for items that don’t merit a full parliamentary debate or don’t have time for one.

Due to the undemocratic nature of these orders, they are supposed to be used relatively sparingly and only at need. Since the Trudeau government took power, however, it has adopted nearly 8,900 OICs.

The Trudeau government has been increasingly resistant to putting legislation before the House of Commons when they can avoid it with other parliamentary tools. The government unveiled a proposed ban on all handgun sales and transfers three months ago with Bill 21. Rather than waiting for Parliament to examine the bill, the government is already moving ahead incrementally with an importation ban through an OIC.

There is no pending emergency that such an importation ban addresses. There was no need to rush an economically disruptive ban on imports with so little warning. This import ban won’t be harmless, though. Thousands of law-abiding firearm-related businesses will be taking a financial hit from the ban and there is little indication it will have a measurable impact on firearm crime.

So why the rush?

By using the OIC, the government can avoid having to answer questions from Opposition members in the House of Commons. They don’t need to publicly justify their move and don’t have to face the possibility that their motion may be amended. The Liberal government is increasingly seeing the House of Commons as a hindrance to be bypassed for the sake of convenience rather than an institution of democratic debate.

If the government can have most of the measures in Bill 21 enacted before it is debated in Parliament, it will be that much harder to stop the legislation. It will appear to be a done deal and amendments will be tough to pass.

Using OICs to avoid legislative scrutiny is bad enough. The Liberal government has also been passing secret OICs at a rate unseen in living memory. Secret OICs are just as their name implies: They are orders passed by cabinet that aren’t shared publicly. They receive no oversight or scrutiny. They are one of the most undemocratic tools the government has, and they are using them a lot.

In the period from 2002 to 2012, a total of 18 secret OICs were adopted by the government. By comparison, the Trudeau government has adopted 40 OICs since 2020 alone. We don’t know what they were or who they impacted.

The only tool more powerful than a secret OIC is the invocation of the Emergencies Act. The act enables the government to unilaterally suspend the individual rights of citizens in a form of martial law. While the inquiry into the government’s use of the Emergencies Act hasn’t begun yet, evidence is already mounting that the Liberals didn’t have a solid justification for using such a brute force method to deal with the peaceful, albeit disruptive convoy protest this winter.

The case could have been made in Parliament to give law enforcement agencies more tools to clear the protests. The NDP-backed Liberal party could have passed several motions to that effect. Instead, they chose the nuclear option and invoked the Emergencies Act. The Trudeau government just didn’t want to deal with the messy affair of making their case to Parliament and having their actions come under public scrutiny.

Almost every move by the Liberal government lately appears to be crafted to empower itself further and avoid public scrutiny of its actions.

If the House of Commons isn’t holding the government to account, it is hoped that free media would. However, the Liberal government has been hard at work to ensure that doesn’t happen.

The government has opened the subsidy floodgates by pouring hundreds of millions of dollars into the media industry. As outlets become more dependent upon Ottawa to pay their bills, we can’t pretend that it won’t chill critical investigative reporting and critique of the government. How many staff is an outlet willing to cut to stay true to journalistic principles?

Independent media could hold the government to account, but that task will become tougher if Bill C-11 (Online Streaming Act) and Bill C-18 (Online News Act) pass. The government will then have tools to control both content and the fiscal survival of many media outlets.

We are in a state of incremental tyranny and are moving more deeply into it, one order-in-council at a time.