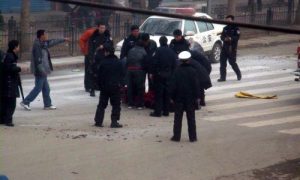 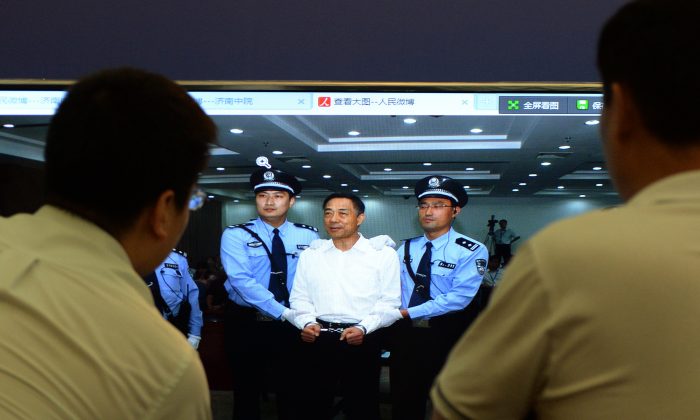 Staff look at an image of disgraced politician Bo Xilai at the Intermediate People's Court after being sentenced to life in prison when his verdict was announced in Jinan, Shandong Province on September 22, 2013. Fallen Chinese political star Bo Xilai was sentenced by a court to life in prison, following a sensational scandal that culminated in the country's highest-profile trial in decades. AFP PHOTO/Mark RALSTON (Photo credit should read MARK RALSTON/AFP/Getty Images)
China

Getting ousted on corruption charges is a growing trend for Chinese officials approaching the mandatory retirement age of 60.

Based upon an official analysis of corruption in China as reported by China Gaze, the English edition of independent Chinese newspaper Kan Zhong Guo, 59-year-old top government officials are being found guilty of corruption at an alarming rate.

Officials are being brought up on charges like bribery, abuse of power, and embezzlement, with bribery leading the pack at 63.9 percent. Other charges are typically included with bribery resulting in arrests for multiple charges, or just plain “corruption.”

Given the rampant corruption at all levels of government, the report speculated that the Chinese government may be cherry picking top officials just before they reach retirement age as a way to avoid pension funding.

With pensions at 95 percent of incomes, the Chinese government could expect a growing number of payouts in the coming years thus contributing to their crackdown on top-level officials.

Dr. Xie Jiaye, president of the U.S.-China Cultural Exchange Association of Science and Technology told Free Asia Radio why he believes corruption is on the rise in China. “The root cause of corruption stems from an imperfect system,” he said.

Xie concluded that three elements are needed for corruption to rise: “Excessive concentration of power, a lack of transparency in the system, and a lack of independence in the judiciary branch.”

Li Jing, an attorney from Beijing, believes corruption has little to do with age or education. “It’s due to being an atheist and having a lack of reverence for God—one dares to do anything,” he explained.

Chinese citizens have noticed the growing number of officials finally being held accountable for years of corruption, but their online comments show distaste for corruption at any age. The following are a sample of recent comments:

“When you are 59, the train ride is about to end. If you don’t grab what you can you won’t have another chance. This is a matter of living without a belief and moral bottom line, bringing forth the phenomenon of age 59.”

“If you are not corrupt, you have no money to bribe your superiors, and you will stay behind forever.”

“People who do not meet the basic requirements for an average human being become our leaders—that is a serious matter.”

“Age has nothing to do with corruption. Whether you are a top dog or a small fry, if you do something wrong, you’ll have to pay sooner or later.”

“Corruption has become prevalent due to our system.”