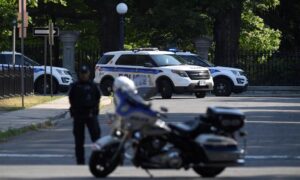 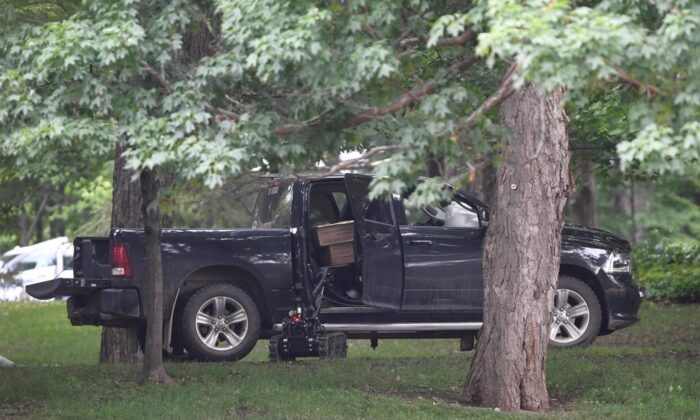 A police robot approaches a pickup truck inside the grounds of Rideau Hall in Ottawa on Thursday, July 2, 2020. (Adrian Wyld/The Canadian Press)
Canada

OTTAWA—The Manitoba military reservist who pleaded guilty to eight charges related to an incident at Rideau Hall last summer is to be sentenced in an Ottawa courtroom today.

Corey Hurren, 46, rammed through a gate at Rideau Hall and headed on foot toward Prime Minister Justin Trudeau’s home at Rideau Cottage while heavily armed on July 2 last year.

Police were able to talk Hurren down and arrested him peacefully after about 90 minutes.

He originally faced 21 weapons charges and one of threatening the prime minister, who was not home at the time.

Earlier this month, he pleaded guilty to seven weapons charges related to possession of prohibited or restricted firearms “for a purpose contrary to the public peace.”

He also pleaded guilty to one charge of mischief by wilfully causing $100,000 worth of damage to the Rideau Hall gate.