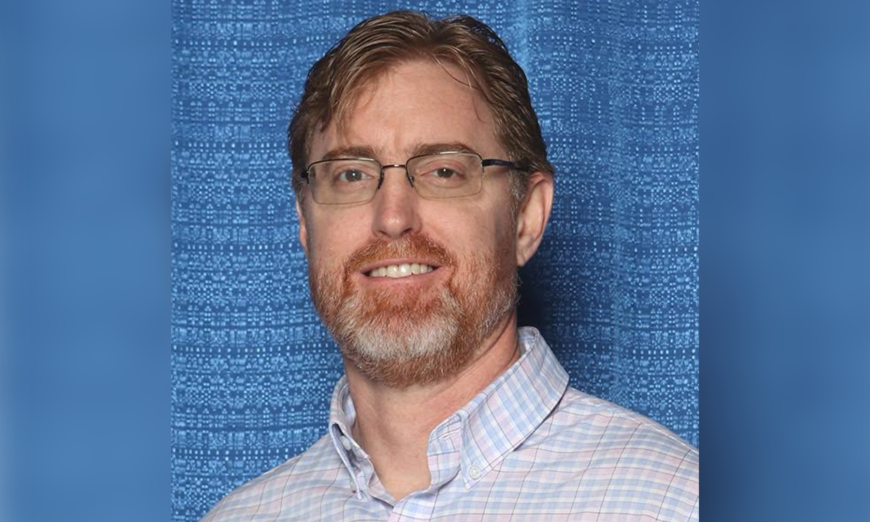 The antiviral medication remdesivir has played a controversial role in the COVID-19 treatment protocols used by hospitals that many families allege resulted in the death of their loved ones.

Among the drug’s potential side effects is acute kidney failure, which many physicians argue is the source of the same symptom reported by the medical establishment to have been caused by COVID-19.

Dr. Bryan Ardis, CEO of Ardis Labs and host of The Dr. Ardis Show, said he watched his own father-in-law die in a hospital in February 2020 after being taken through the same hard-wired, standard-of-care protocols he would eventually witness playing out in the lives of others.

“It was the most traumatic thing I’d ever experienced in my whole life,” Ardis told The Epoch Times.

Among the multiple problems with his treatment, Ardis said, his father-in-law had been erroneously diagnosed with having the flu and given an antibiotic called vancomycin, which, like remdesivir, is known to cause acute kidney failure.

“Not only did he not have the flu, but the doctor also treated him with a horrifically toxic, last-resort antibiotic that doesn’t treat the flu,” he said.

When he asked the doctor why he had his father-in-law on the antibiotic that was causing his kidneys to fail, Ardis said the doctor told him that it was hospital protocol.

‘It Wasn’t From the Virus’

For Ardis, it became a foreshadowing of what was to come with the listed COVID symptoms in fact being caused by the drugs used to treat COVID, he alleged.

“In March 2020, every medical doctor started saying they had never seen a respiratory virus move from the lungs to attack the kidneys, which then causes acute kidney failure,” Ardis said.

But the kidney failure wasn’t from the virus, Ardis said.

Initially, Ardis said he thought they were using vancomycin because the stories in the news matched his own experience. However, he later found that the antiviral drug remdesivir, which itself is reported to cause acute kidney failure, was being used through emergency-use authorization to treat COVID before it was later approved by the Food and Drug Administration in October 2020.

Ardis’s research brought him to COVID protocols set by Dr. Anthony Fauci, director of the National Institute of Allergy and Infectious Diseases (NIAID), who had deemed remdesivir as “safe and effective” based on an experimental trial in Africa during an Ebola outbreak.

In the study found in the New England Journal of Medicine, a safety board found remdesivir to be “the least effective and the deadliest drug in this trial,” before it was suspended, Ardis explained.

“Fifty-three percent of people they gave that drug to died,” Ardis said.

Ardis said he considered whether Fauci had been given bad advice.

“I go to the end of the study and … imagine my shock when I saw that it was actually funded by Fauci’s department at NIAID,” Ardis said. “He would have been given a monthly review of everything coming out of that Ebola trial. The safety board would have let him know it was the least effective and deadliest drug in the trial.”

For Ardis, the study, which predated Fauci’s “safe and effective” estimate, showed that Fauci was not being truthful, Ardis alleged.

Fauci then asked the federal government to buy all the experimental reserves of remdesivir from the California-based pharmaceutical company called Gilead, Ardis said.

Further research didn’t improve his medical opinion of remdesivir, Ardis said, leaving him to conclude that the kidney failure doctors were reporting to be caused by the virus was in fact caused by remdesivir.

“Doctors had no idea they were being set up to use a drug that had such toxic effects and was proven to be ineffective and very dangerous,” Ardis said.

Though NIAID didn’t respond to The Epoch Times’ request for comment, Fauci told reporters in 2020 during a White House press briefing that the data “shows that remdesivir has a clear cut significant, positive effect in diminishing the time to recovery. This is really quite important.”

A final 2020 report from the National Institute of Health said that remdesivir was “effective against viruses in the coronavirus family.”

The NIH said in its report that remdesivir accelerated recovery for hospitalized patients with severe COVID-19.

“Our findings show that remdesivir is a beneficial treatment for patients with COVID-19,” says study author Dr. John Beigel of NIAID in the report. “It may also help to conserve scarce health care resources, such as ventilators, during this pandemic.”

Physicians such as Dr. Arnold Weg reported to NBC News in 2020 that remdesivir helped him recover from COVID, and that from this personal experience, “I feel very strongly that it should be used.”

Dr. Aneesh Mehta at Emory University Hospital in Atlanta told NBC News in the 2020 report on remdesivir that “remdesivir will get many of our patients home to their families more rapidly and with less side effects.”

As public support for remdesivir grew, Ardis continued to give his second opinion, sharing what he believed to be the truth about remdesivir, COVID protocols, alternative treatments, and the then-imminent vaccines.

It was Ardis’s information that helped people who reported equally traumatic experiences with hospital protocols, such as Kristi Schmadl and Greta Crawford.

‘Enough Sedatives to Put Down a Horse’

Schmadl told The Epoch Times that she believes it was remdesivir that caused her mother’s death in a hospital, based on medical records that show a worsening of kidney levels with each dose.

In addition to not feeding her mother and giving her “enough sedatives to put down a horse,” Schmadl said hospital staff attempted to label her mother as Do Not Resuscitate (DNR).

“We had one doctor tell us that if we didn’t put a DNR on her, he would,” she said.

Schmadl’s mother, who had only one kidney, was allegedly given vancomycin, fentanyl, precedex, and other drugs to which Schmadl said she and her family never consented.

“They called us on Aug. 15 to tell us our mother had ‘expired,’” Schmadl said. “That’s the word they used.”

Schmadl connected with Crawford, who herself was being treated with remdesivir in a hospital when she demanded that hospital staff cease treatment, remove her IV, and let her leave.

“My husband wheeled me out,” Crawford told The Epoch Times. “I was still on oxygen and weak.”

Crawford said she’s the only person she knows of who was still allowed a family member to be inside with her for 12 hours a day, as hospital COVID protocols usually require that the patient be isolated from their families.

While in the hospital, Crawford said a nurse “pressured her” and her family to get vaccinated while being treated with remdesivir.

“After my first dose, I noticed my hands and feet swell,” Crawford said. “At the time, I didn’t know that it was my kidneys shutting down.”

When she asked her doctor what was going on, Crawford said he stared at the floor and mumbled, “COVID’s strange” before walking out.

“I’ve never seen a doctor act like that,” Crawford said.

Crawford had COVID for two weeks before she entered the hospital, and for that time she had not experienced the symptoms she experienced when given remdesivir, she said.

“My white blood cell count shot up, I got a blood clot in my leg, I would have vomiting—all of these symptoms I had not experienced at home,” she said.

After her husband took her home, Crawford said she spent two months on the couch healing.

“I had so much fluid in my lungs, and then I went through a detox process with different supplements and vitamins to try to get all of this stuff out of me,” Crawford said.

It was during this time that she began doing what many vaccine promoters were warning against at the time: She did her own research.

She followed Ardis’s podcasts, met Schmadl, and launched the website protocolkills.com to inform people “of the dangers of remdesivir, hospital protocols, and the true intended purpose of their use.”

Through her website, Crawford has gathered 170 stories of people whose loved ones died in hospitals throughout the United States, and offers alternatives to hospitals.

“It’s been a labor of love, because I don’t want people to suffer like I suffered,” she said.

Crawford works with families to get people out of hospitals with a hospital hostage hotline and provides education for those who want to know what red flags to look for when dealing with hospitals.

“It’s obvious what they’re doing now,” she said. “They need to be held accountable.”

For Crawford, hospitals have become “the new concentration camps.”

“But instead of dragging people in on trains, people are walking in willingly because they think they are going to get help, but they’re being murdered,” Crawford said.