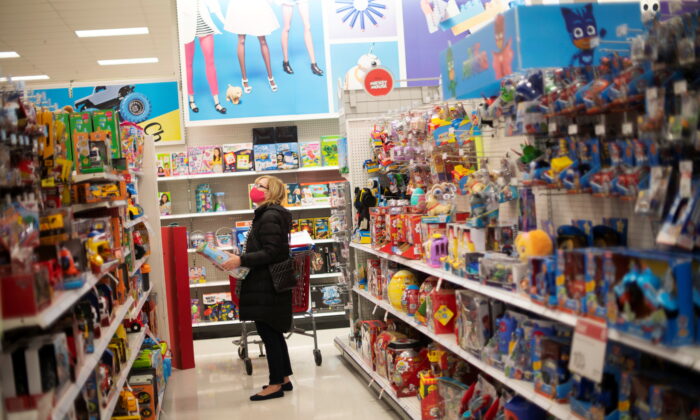 WASHINGTON—U.S. consumer prices surged 0.8 percent in April, pushing the rise in inflation over the past year to the fastest rate in more than a decade, an acceleration that has stirred rising worries about its effect on the economy.

The Labor Department reported Wednesday that the price consumers pay for their purchases of everything from food and clothes to new cars rose at a faster pace than last month’s 0.6 percent rise.

Excluding volatile food and energy, core inflation jumped 0.9 percent in April. Core prices are up a sharp three percent over the past 12 months.

Concerns about rising inflation sent stocks tumbling on Tuesday with the Dow Jones Industrial Average falling by more than 470 points or 1.4 percent, its worst day since Feb. 26.

The big April increase was led by a record 10 percent surge in the price for used cars and trucks.