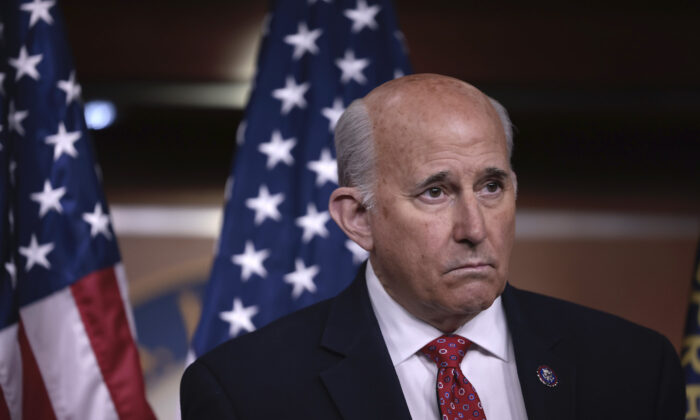 Isabel van Brugen
Reporter
Isabel van Brugen is an award-winning journalist and currently a news reporter at The Epoch Times. She holds a master's in newspaper journalism from City, University of London.
View profile
Follow
and Steve Lance

The U.S. Constitution has been disregarded in the handling of the Jan. 6 breach of the Capitol building, says Rep. Louie Gohmert (R-Texas).

Gohmert condemned the treatment of those accused of participating in the Capitol breach and accused the Department of Justice of becoming a “partisan political tool.”

“As a former prosecutor, former judge, if we’re going to have justice in America, we have to follow the Constitution. And it seems to have been tossed by the side when it comes to Jan. 6,” Gohmert told NTD’s Capitol Report.

“What especially was egregious is knowing that the Constitution, courts have made clear you cannot punish people that are in pretrial confinement—they’ve not been convicted,” the lawmaker explained.

“You should only hold people for two reasons, basically, in pretrial confinement, and that is, if they’re a threat to others, or themselves, or they are flight risk threat not to be there for their hearing or trial, then you set bail, so high or no bail, where they won’t be taken off.

“These are people, many of them turned themselves in. And yet they were treated so unfairly. And hearing the horror stories about the way that people arrested for Jan. 6 activities were being treated,” said Gohmert.

According to the Department of Justice, more than 775 people have been arrested in nearly 50 states for alleged crimes related to the breach.

Gohmert previously hit out at the treatment of people accused of participating in the Jan. 6 breach. He told The Epoch Times in July last year that the accused are facing treatment akin to that seen in third-world countries.

The broad treatment of accused participants, including alleged beatings by guards, the placement of some in solitary confinement, and the holding of even non-violent ones in jail for months, has drawn fierce criticism from the right.

Conservative writer Julie Kelly testified about the inhumane conditions facing those still in detention during a House Judiciary Committee hearing on the Federal Bureau of Prisons (BOP) on Jan. 21.

Kelly, a writer for American Greatness, said some are being denied adequate access to worship, legal counsel, and access to phones, and basic hygiene.

“These defendants haven’t been convicted of any crime, most have no criminal record, and some don’t even face charges of violence,” she said. “It appears as if the D.C. jail is a political prison.”